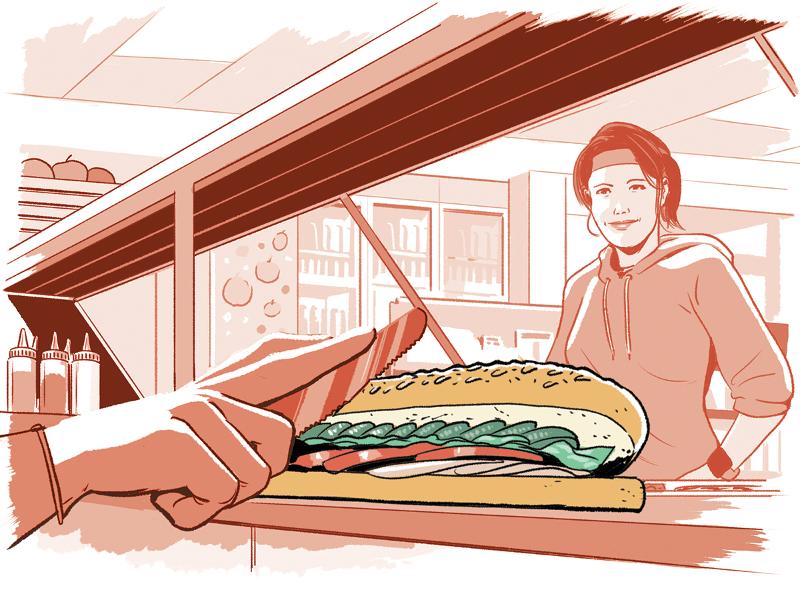 CHICAGO — Foodservice has become a driving force behind retailers’ motivation to remain relevant. Eighty-two percent of retailers agree that foodservice is a strategic priority and will be important to driving future growth, according to Technomic. And while many have elevated their foodservice programs with fresh, customizable offerings, others remain hesitant to do so and risk falling behind.

“Foodservice is the future of our industry,” says Heather Davis, director of foodservice for Parker Cos., Savannah, Ga. “If you’re a c-store operator and not involved in foodservice, you’re missing out.”

Parker’s made-to-order offerings include fried chicken, macaroni and cheese, potato logs, grits and biscuits. Through its ordering kiosks, customers can customize their own breakfast sandwiches, which may include smoked sausage and chicken tenders.

“Our chicken is double-breaded by hand and made from scratch,” Davis says. “We get fresh, whole potatoes and cut and fry them ourselves, and our macaroni and cheese is made with fresh noodles, cream and cheese.”

In 2016, Parker’s tested a barista to provide made-to-order coffee. While it didn’t resonate with customers at the time, Parker’s is now “testing other avenues” with its coffee program, Davis says.

“We now recognize that you have to take steps to bring your customers along,” she says.

Some foodservice-focused c-stores view quick-service restaurants (QSRs) as their biggest competition and keep that in mind as they  design their own programs.

“If you’re a c-store operator and not involved in foodservice, you’re missing out.”

Beyond made-to-order offerings, c-stores compete with restaurants through seating. Forty-eight percent of retailers offer indoor seating in most of their stores. Many Maverik customers use its stores’ seating for “coffee clubs”—groups that arrive with outside food to mingle—said Brian Sward, senior director of food and beverage for Maverik, at that 2019 Outlook Leadership conference.

Maverik doesn’t mind this because these customers often buy more products after sitting for a bit.

“[The coffee clubs] benefit the store financially,” he said. “We’re seeing basket-size increases when customers sit and hang out for a while.”

Parker’s indoor and outdoor seating at various locations will become part of all its future stores, Davis says. She calls it “community seating,” because many of the tables seat about eight to 10 people.

“We’re competing with restaurants and measure ourselves against them,” says Davis. In foodservice, labor is a major cost component. Technomic research finds that c-store operators are worried about retaining employees and high labor costs. Finding kitchen associates has become especially challenging because these employees often require previous training and certifications.

Parker’s hiring process for kitchen staff is rigorous. The company hosts several hiring events throughout the year, most of which are geared toward leadership roles and foodservice, Davis says.

“We look for kitchen managers and associates who understand that we have the standards of a restaurant,” she says.

While foodservice staff spend their training in the kitchen, cashiers and other employees work a few shifts there as well so they understand safety expectations and Parker’s offerings, Davis says.

Exclusive Study: A Question of Relevance