RALEIGH, N.C. -- “Outstanding,” one longstanding shareholder effused. “It is probably the best day the company has had in years.” 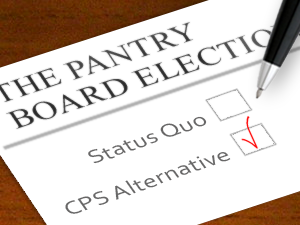 The shareholder was speaking about the “coup at Roo,” Thursday’s shareholders meeting in which stakeholders overwhelmingly voted to blow up the board and seek a new direction for a company that has struggled in the face of onerous debt and mounting competition.

“It was lopsided,” one source said of the preliminary results, which must be certified.

“It was a landslide,” another shared, shaking his head. “I was hoping this would happen but didn’t think it would.”

What happened could be considered a proxy revolution. Gone is the board’s power base: Chairman Ed Holman and members Thomas Murnane and Robert Bernstock, three of longest-termed directors, all men in their 60s and who headed the board, compensation and governance.

“As we saw it, they were the three most responsible for the diminishing shareholder returns,” one source told CSP Daily News.

Shareholders were provided two ballots, one white, the other gold. Each featured nine nominees. The white represented management’s slate, while the gold represented an alternative forwarded by Concerned Pantry Shareholders (CPS), which officially accounted for only 2% of company stock but appeared from the outset to be speaking for a much larger percentage.

Inside the shareholders meeting, there was no debate and interestingly most of the discussion on the floor centered around farmer rights advocates who were petitioning The Pantry to adopt a human-rights risk assessment in its supply chain, a move that specifically targeted Reynolds American and its cigarette business.

Otherwise, the meeting was rather procedural. CEO Dennis Hatchell, who is entering the last of his three-year contract, briefly outlined the company’s accomplishments of the past year in short clips with no elaboration: remodeled 72 stores, opened three units, pared debt by $71 million, expanded electronic price signage to roughly 1,000 locations, expanded fresh foodservice initiatives.

Shortly thereafter, Hatchell delivered the preliminary voting report, one that included the big upset. Hatchell offered no personal comment, but in a release shared moments after the meeting, The Pantry issued a statement of conciliation.

“While a number of different ideas and perspectives were expressed during this process, at the end of the day all interested parties share the common goal of creating value for The Pantry’s stockholders,” it said. The company also thanked the three outgoing veteran directors for their years of service.

Meanwhile, CPS, founded on Jan. 23 by Lone Star Value Management and JCP Investment Management, held off any public celebrations despite the landslide victory.

After the meeting, Papas, the lone member of the CPS plank in attendance, offered a brief statement to CSP Daily News:“Todd, Joshua and I are very excited about joining The Pantry’s board of directors and working together with Dennis Hatchell and the rest of the board.”

And while neither Papas nor others aligned with CPS would comment about the future, including who will be the board’s next chairman, there is little doubt that major changes are about to take root at the country’s fifth-largest convenience store chain.

Watch for more analysis of The Pantry vote on CSPnet.com.

UPDATE: 'Day of the Dissidents' Dawns at The Pantry