BENTONVILLE, Ark. -- While it still remains committed to its other small-format tests, Wal-Mart Stores Inc. said it will close its 102 Walmart Express locations among a total of 269 stores in the United States and globally to ensure that its assets are aligned with its strategy. 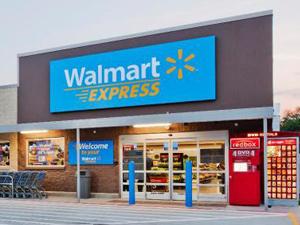 "There are plans to expand on that concept, but it's still just the one," he said, adding that the company's five Walmart on Campus pilot stores "are still open."

"We're still committed to the Neighborhood Markets. ... And gasoline is part of that strategy," said Hargrove. "There are some traffic drivers we look at for the format--you'll see fresh, pharmacy [and] gas."

He continued, "We learned a lot from the [Walmart Express] pilot. Customers are still using the Supercenters and Neighborhood Markets formats, and we're going to focus on optimizing those going forward."

As reported in a McLane Co./CSP Daily News Flash, the closures follow a thorough review of Walmart’s nearly 11,600 worldwide stores that took into account a number of factors, including financial performance as well as strategic alignment with long-term plans. In total, the impacted stores represent less than 1% of both global square footage and revenue.

The company will close 154 U.S. locations including its Walmart Express stores, which it began testing in 2011. Also covered in the closures are 23 Neighborhood Markets, 12 Supercenters, seven stores in Puerto Rico, six discount centers and four Sam’s Clubs.

Wal-Mart said it instead will focus on strengthening its 182,000-square-foot Supercenters, optimizing its 38,000-square-foot Neighborhood Markets, growing the e-commerce business and expanding Pickup services for customers.

The company is closing 115 stores outside the United States.

“Actively managing our portfolio of assets is essential to maintaining a healthy business,” said Doug McMillon, president and CEO of Wal-Mart Stores. “Closing stores is never an easy decision, but it is necessary to keep the company strong and positioned for the future. It’s important to remember that we’ll open well more than 300 stores around the world next year. So we are committed to growing, but we are being disciplined about it.”

In the fiscal year beginning Feb. 1, Walmart plans to open 50 to 60 Supercenters and 85 to 95 Neighborhood Markets in the United States. In the same period, Sam’s Club plans to open seven to 10 new locations. Internationally, Walmart intends to open between 200 and 240 stores during the coming year.

The decision to close the stores will affect approximately 16,000 employees, about 10,000 of them in the United States. The company said it hopes to place these associates in nearby locations. Where that isn’t possible, the company will provide 60 days of pay and, if eligible, severance, as well as resume and interview skills training.

Bentonville, Ark.-based Wal-Mart Stores has approximately 11,600 stores under 72 banners in 28 countries and e-commerce websites in 11 countries, with fiscal-year 2015 revenue of $485.7 billion.