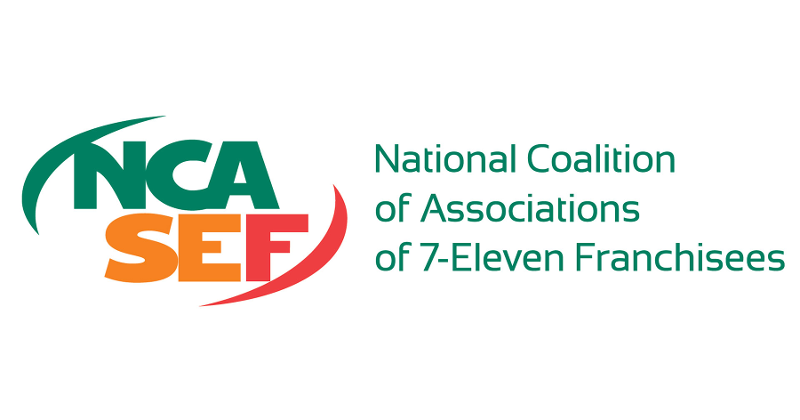 SAN ANTONIO — The National Coalition of Associations of 7-Eleven Franchisees (NCASEF) is again leveling criticism at 7-Eleven Inc., alleging that the franchisor’s corporate management “has continued to ignore requests from franchise owners to create a more transparent relationship.”

According to NCASEF Chairman Jay Singh, “It seems clear 7-Eleven’s leadership in Dallas and Tokyo are not interested in the best interest of franchise owners. We continue to see the company taking steps that benefit its income statement and balance sheet without consideration for store-level profits.”

NCASEF said it believes a change in corporate leadership would help make the company “more appealing” to new and existing franchisees. “Leadership has failed to establish a collaborative, transparent way of doing business with its franchise owners,” Singh said. “As a result, people are not rushing in to buy available stores.”

The group also claims that “franchisees are leaving the system, creating a glut of available stores across the nation.”

According to NCASEF, publicly available franchising data from 7-Eleven shows that 18% of 7-Eleven stores in the United States are available for franchising. Since April 2018, the number of available stores has increased more than 57%, from 999 to 1,578, and stores owned by a franchisee and put up for sale (known as goodwill stores) have increased more than 314% in Illinois, 95% in California, 84% in Virginia, 60% in Washington and 39% in New York. Completed sales of franchised stores more than quadrupled from 2013 to 2018, and turnover of franchised stores due to terminations, nonrenewals and abandonments doubled from 150 in 2013 to 314 in 2018.

In a statement provided to CSP Daily News, 7-Eleven said, “We are proud of the recent growth toward our goal to double the size of the system by 2027. Through the acquisition of over 1,000 Sunoco stores as well as organic new store growth, we now have 1,385 stores available to be franchised. That’s 185 more stores than this time last year, with 158 of those coming from the Sunoco deal, providing more opportunity for franchisees to grow their businesses or new entrepreneurs to join the system.”

The gross margin for franchisees has been declining, NCASEF said, yet 7-Eleven has started taking a bigger portion of the declining gross revenues, the group claimed. The new 2019 franchise agreement calls for a much steeper gross-profit split, with a marginal rate as high as 59% in favor of the company, directly hitting high-performing stores in California and New York, said the group.

“During the past 10 years, the 7-Eleven brand has generated over $15 billion in earnings for franchisees across the country,” 7-Eleven said in its statement. “In fact, average franchisee gross income is at an all-time high. The opportunity with the brand is tremendous, as attested by the 4,700 franchisees that signed a new 15-year franchise agreement in the last 12 months and continued robust interest from entrepreneurs looking to franchise with this system.”

Franchisees are also required to purchase 85% of their products from 7-Eleven’s supply chain, which does not guarantee the lowest cost of goods, said NCASEF.

“The corporation benefits from the supply chain, even as store-level profits are sinking,” Singh said. “And now with the new 7Rewards program, franchisees are under pressure to sell food and beverages at a discount.”

The criticism is the latest round in a contentious relationship between the c-store retailer and some of its store owners. NCASEF has issues with 7-Eleven’s new franchise agreement, which the group said gives 7-Eleven more control over its operators. NCASEF’s board took a vote of “no confidence” in 7-Eleven management in late 2018, and it urged its members to boycott 7-Eleven’s annual trade show.

San Antonio-based NCASEF is the national trade association for 7-Eleven franchisees, representing the owners of nearly 7,000 franchised locations in the United States.