BELLEVILLE, Wis. -- The Francois Family of Cos. will celebrate its 75th anniversary this October. Both Francois Oil and Francois Ford have both spent the past 75 years as locally owned and family-operated businesses. 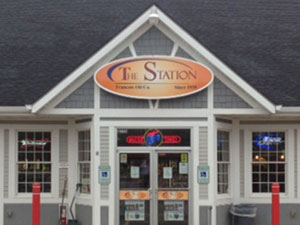 J.C. Francois opened the doors to his own service and gas station, the Cities Service Gas Station, 75 years ago, and he later developed it into a Ford dealership called Francois Ford.

Starting in the early 70s, the gas portion of the company began to develop when Rich, Ray and David Francois, J.C.'s sons, began working full time for the companies and formed a partnership now known as the Francois Oil Co. In addition to the original station, they opened another gas station in Stoughton, Wis., and created the convenience store division of Francois Oil.

Today, Francois Ford continues to sell and service Ford automobiles, making it one of the oldest dealerships in the state. Francois Oil now operates 13 The Station gas station convenience stores in Madison, Belleville (where the company has its headquarters), Verona, Dodgeville, Janesville, Evansville and Monticello, Wis.

The Station locations offer BP and CITGO gasoline; four locations have car washes, and one has a quick lube. The Station c-stores offer Milo's Subs, Subway, Godfather's Pizza and A&W for foodservice.

In order to celebrate with the customers who have supported them over the years, the company is facilitating a Diamond Jubilee Giveaway. With any purchase of a new or used vehicle from Francois Ford, customers will receive a set of one-carat total diamond earrings. Francois Ford is also offering a $10 gas card with a test drive of any vehicle. Additionally, if customers visit any of The Station locations, they can enter to win a set of one-carat total diamond earrings among other prizes.