EAST MEADOW, N.Y. -- A U.S. bankruptcy court has approved an agreement that will require Getty Petroleum Marketing Inc. (GPMI) to pay the remaining rent it owes on approximately 800 stations it leases from Getty Realty Corp. by April 30, and to return the sites "free and clear" of all other tenancies--including dealers. 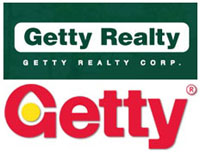 East Meadow, N.Y.-based GPMI filed for Chapter 11 bankruptcy protection in December last year after withholding some rent payments to offset what it said were environmental cleanup obligations at the stations. Getty Realty then terminated GPMI's master lease of the sites (see Related Content below for previous CSP Daily News coverage).

As of early March, GPMI had paid Getty Realty $10.3 million of approximately $19 million in rent due. According to court records, GPMI owes more than 200 debtors more than $50 million. One of the major debts was an $227 million arbitration award against GPMI in a dispute with an ethanol plant, Bionol Clearfield LLC, which GPMI is now trying to get a court to vacate the award.

In the agreement approved by the court on April 2, Jericho, N.Y.-based Getty Realty said it regards the contracts dealers signed to lease the stations to be terminated, along with the master lease with GPMI. Most of the retailers involved are commission dealers, not franchisees, and so have no protection under the Petroleum Marketing Practices Act against the termination of their leases.

The agreement makes clear that Getty Realty believes the dealers' leases are terminated. If GPMI fails to give up possession of the stations, Getty Realty can evict the company--and the dealers--with the help of the U.S. Marshal's Office on three days' notice.

Mass evictions would be contrary to Getty Realty's business interests and damaging to its image, however. Instead, the company is expected to offer them a deal that will allow them to remain at their stations on a month-to-month basis in return for payments approximating their current rent while it looks for new wholesalers willing to lease the stations from it, CSP Daily News sources said.

It will be left to the new wholesalers to decide which dealers they want to keep on.

One potential problem could be BP's role in the situation, especially when it comes to 89 Connecticut stations. Those sites are part of a package of outlets that GPMI subleased to Green Valley Oil LLC, East Providence, R.I., which will also lose its lease on the stations under the court agreement, which is also called a stipulation.

As exclusively reported by CSP Daily News, 36 Connecticut dealers asked a federal court to prevent Green Valley from evicting them from their stations and give them the right to buy product from another supplier. The move followed repeated failures by Green Valley to deliver full loads of fuel to the retailers, leading to frequent run-outs at their stations.

The court in that case has ordered Green Valley to hold talks with the dealers about new supply sources and to provide an accounting of its handling of retailers' security deposits. Green Valley must also give the dealers three business days' notice if it intends to evict them. Despite repeated short deliveries of fuel to dealer stations, Green Valley is continuing to draft the retailers' bank accounts for rent, sources say.

Getty Realty needs to keep BP supply in place until a new tenant for the sites is secured. If the new tenant plans to continue to fly the BP flag, BP may have to get Green Valley's permission to assign its fuel supply agreement for the outlets. Some wholesalers have been reluctant to talk to the dealers about potential supply agreements without BP's approval, sources say.

Under the court agreement, GPMI is expected to officially reject the master lease on the sites by April 30, if not before. It must also turn over to Getty Realty its joint tenancy interest in the Rensselaer Terminal without any expense or cost to Getty Realty.