KILMARNOCK, Va. -- GPM Investments LLC and Hurst Harvey Oil Inc., a family owned and operated business in the Northern Neck of Virginia, have entered into an agreement for GPM to purchase five Get & Zip convenience stores from Hurst Harvey. 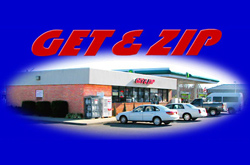 All of the sites it is acquiring from Kilmarnock, Va.-based Hurst Harvey offer BP branded fuels.

Hurst Harvey has operated family-oriented convenience stores in the Northern Neck and Middle Peninsula for more than 25 years.

GPM Investments currently operates 55 Fas Mart convenience stores in this part of Virginia. The companies expect the transaction to close on Aug. 1, 2013.

GPM CEO Arie Kotler said that he "can't wait to welcome each and every member of the Hurst Harvey team to the GPM family later this month."

Richmond, Va.-based GPM and Kotler have been committed to growth since Kotler and his affiliates acquired control of the company in 2011.

This deal follows GPM's June acquisition of the assets of VPS Convenience Store Group LLC's Southeast Division. Based in Wilmington N.C., the division has 263 company-operated units and 33 dealer locations and a transportation company. Retail brands part of the purchase will be Scotchman, Young's, Li'l Cricket, Everyday Shop and Cigarette City. VPS Foodservice is made up of 26 branded quick-service restaurant (QSR) locations and 46 proprietary delis.

When GPM completes these two purchases, it will have a total of 472 company-operated stores and 143 dealer locations for a total of 615 stores, making it one of the largest privately owned companies in the convenience channel of business. It will now operate stores in Virginia, Connecticut, Delaware, Maryland, Pennsylvania, North Carolina, South Carolina, Rhode Island, New Jersey and Tennessee.

"We will continue to focus on growing this company though acquisitions and service to the public," said Kotler