RICHMOND, Va. -- Just weeks after closing on its purchase of 263 stores from VPS Convenience Store Group, GPM Investment executives are busy comparing and contrasting each chain’s major programs and unique offers to find where they can learn from one another and develop efficiencies. 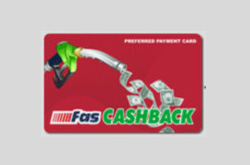 “We want to take the best of both worlds and work those programs into one another’s systems,” Bill Reilly, senior vice president sales and marketing for GPM, told CSP Daily News in an exclusive interview. “Let’s take the best of an acquisition and see how it can work the GPM way.”

GPM more than doubled the size of its store base with its purchase of VPS’ southeast stores in North Carolina, South Carolina, Tennessee and Virginia. The deal closed Aug. 6, establishing new division GPM Southeast based in Wilmington, N.C.

While the first in-store priorities are to align pricebooks and point-of-sale platforms, GPM executives said they’ve already identified several programs they’ll transfer to other divisions “if it makes sense.”

“I visited with 26 VPS managers last week, and the thing they wanted to know was when can they pick up the measurement of suggestive selling,” a GPM program that rewards cashiers who upsell the most customers, said Mike Welsh, senior vice president operations for GPM. “I was jazzed they’d heard about and wanted to adopt it.”

For Welsh, he’s interested in learning about the VPS stores’ doughnut program. While GPM sells Krispy Kreme in several of its legacy stores, the Southeast stores have their own successful proprietary doughnut program, one GPM may be able to expand to generate larger profit margins. “I can’t wait to get a look at their pastry program,” Welsh said.

Meanwhile, GPM programs that will likely get a trial in some of its newly acquired stores include: