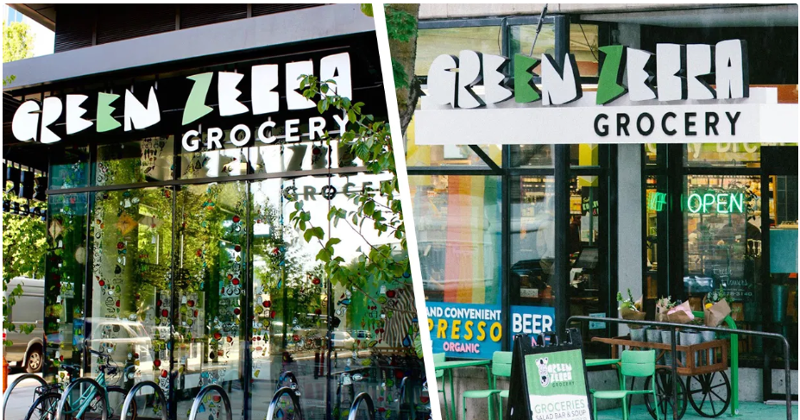 PORTLAND, Ore. — Green Zebra, which has made a name for itself in the convenience-store/grocery hybrid market for its culinary-focused, healthy food options, is closing two of its four Portland, Ore., stores due to stressors from the pandemic, the company said. The Portland State University and Lloyd District locations will be closing permanently at the end of August, as will the store support office. About 60 staff members will lose their jobs.

“The decision to close these two stores was extremely difficult to make,” said founder and CEO Lisa Sedlar in a statement. “We have been doing everything we can to keep our team fully employed and with healthcare benefits. Saying goodbye to our valued team members, who have been working so hard as essential service providers, is something I had hoped we could avoid. We were on pace to close our Series B round of financing in February and then COVID hit and the world changed.”

The setback is a tough one for the small chain, which just opened its fourth location on Division Street in February, right before the pandemic hit. In an interview with CSP sister publication Winsight Grocery Business in March, Sedlar noted the frenzied and changing shopping habits of customers led her to hire on several additional team members, who at the time she anticipated would become permanent team members.

The retailer, however, could not ride out the loss of sales of the two closing locations, which drew customers largely from the university and business district. “Our positive vision of the future is that we are able to successfully restructure and downsize now in order to have a secure future later. We will continue to serve our neighbors in the Kenton and Division neighborhoods and through our online shopping program. We hope to be able to hire back some of those who are being laid off down the road,” Sedlar added.

Staffers who are being laid off will continue to receive health benefits through the end of August and will receive their 30% store discount through the end of September as well as receiving a $100 gift card to help buy groceries.

“You might be wondering why I decided to do all of these things while the company is experiencing such a cash crunch and closing stores. The answer is, because it’s the right thing to do for our team members. If the company goes under, it won’t be because we paid out more benefits during the pandemic. It will be because we lost 50% of sales during the pandemic,” she said.

Sedlar also noted that once the $2 an hour hero pay bump expired on May 2, the company upped the minimum pay in the stores from $13 an hour to $13.50 and those already earning $13.50 an hour saw a pay increase to $14 an hour. The chain also increased its staff discount to 30%. The Kenton store staff staged a walkout earlier this month, however, demanding $15 an hour in pay.

“They have shown up to work every day during the most trying of circumstances. As essential service providers, they put themselves in harm’s way to ensure our neighbors could shop in our stores safely.  They have been 100% dedicated to the safety of our customers and have been vigilant about following all COVID-19 safety protocols. I’m sure every business owner thinks their staff is the best and I think our team members are the best of the best,” Sedlar said, adding of those who will be affected by the store closures, “We will greatly miss working with them.”

Green Zebra Aims to Become the C-Store of the Future