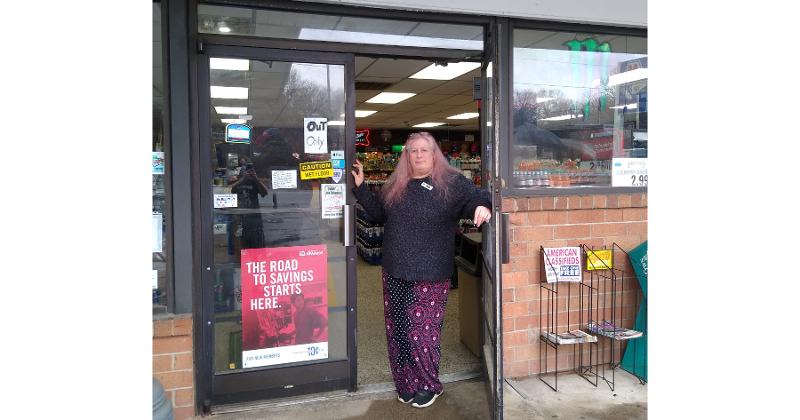 EDEN, N.C. — Sheri Cubbage summoned the three “Cs” when COVID-19 struck one year ago. In addition to the ubiquitous “convenience,” the store manager at Kathy’s Mini Mart worked hard to always leverage “cleanliness” and “competitive pricing” at the Eden, N.C., c-store.

And Cubbage expects to build on this strategy into 2021 and beyond.

Promoting clean and competitive attributes was a must when the pandemic dawned—still are to this day—and the Marathon-branded, single-store retailer is generating loyalty within its local market, which includes alt-grocery channel competition from the likes of Food Lion, Save A Lot and Walmart. “We have very competitive pricing on things like 2-liter bottles of soda, and can match or exceed Walmart. People who do not want to go to grocery or club stores come to us for deals like this. It’s all about value.”

At the store, located north of Greensboro near I-40, Kathy’s Mini Mart also ignited competitive success across other categories, including beer, deli and tobacco. Customers flock to the store for ultra-attractive price points on LD Cigarettes from JTI, which can be had for $2.80 per pack. “People come here exclusively for those. We sold 86 cartons of full-flavored LD Red 100 cigarettes in one week,” says Cubbage, who sells LD cartons for $27.

“I never look at local c-stores to compare prices; we survey supermarkets and dollar stores in making price comparisons.”

“At $2.99, we have the lowest price in the county for packaged, 1-pound ground sausage,” said Cubbage, who merchandises such fresh grocery items from a refrigerated drop-down cooler along with pre-packaged sandwiches. Distributed weekly from family-owned Neese's Country Sausage, Greensboro, N.C., price points better a similar version at specialty grocers by $1, said Cubbage (pictured above).

The store manager says Kathy’s Mini Mart’s operating mentality is to think more like a grocery or dollar store when it comes to forging a competitive advantage. “I never look at local c-stores to compare prices; we survey supermarkets and dollar stores in making price comparisons,” she said.

Cubbage, who has worked at the store for 20 years, has broad decision-making autonomy from semi-retired owner Ron Hodgson, who functions in a low-key, behind-the-scenes manner. Originally Ron’s Mini Mart, the store over time was renamed Kathy’s, who is Ron’s wife. The store celebrated its 30th anniversary in 2019 with a customer appreciation day where it provided a host of store products for free.

“When the pandemic started, people living north came down temporarily, too, to be with family and get away from tighter quarantine restrictions,” says Cubbage, who sells Marathon-branded fuel. The store works with Knoxville, Tenn.-based H.T. Hackney as its grocery distributor partner.

Of course, that third C—cleanliness—while always important, became mission-critical during COVID-19. Cubbage is a stickler for cleaning all door handles, fuel pump handles and doing it “on the hour.” She and her five part-time employees also sanitize ATM pin pads, and only recently re-opened restrooms. She removed a small sit-down area to promote social distancing.

Maybe one could add a fourth C to the mix at Kathy’s: change. This is demonstrated in the ongoing quest to keep Kathy’s fresh. “I try and change things up in here regularly, move departments around and add new features. I don’t like it when things get stale,” she says.

Foodservice: After jettisoning a full-service deli that was once known for “the best hot dogs in town,” Kathy’s now stocks Great American Deli items, a DSD offer through H.T. Hackney that includes hoagies, bagel sandwiches and more.

Indie Closeup: Catching Up With Couch