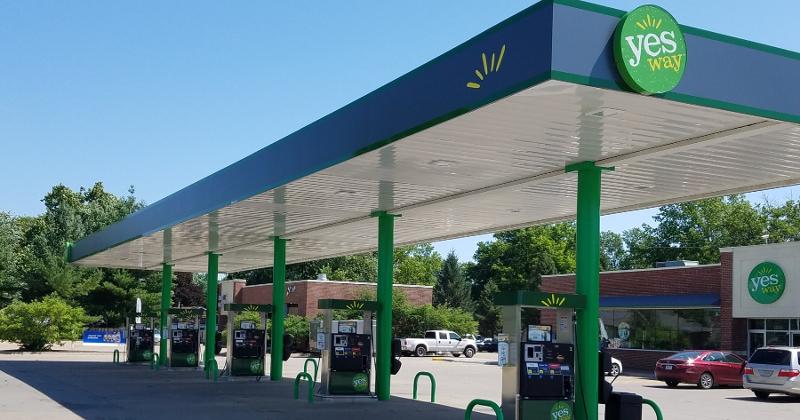 CHICAGO — Yesway, Murphy USA and GPM Investments are among the convenience-store chains recently to embark on growth initiatives thanks to infusions of capital to fuel their aggressive expansion strategies. They expect that growth to come in the form of acquisitions and new construction, with consumer-friendly foodservice as the typical driver.

In late October, Yesway reported accessing an additional $235 million of equity. Brookwood Financial Partners LLC, the private equity firm that founded Yesway in 2016, was the sole private placement agent for the offering, bringing the total equity capital raised for Yesway to more than $642 million, in addition to arranging more than $237 million in sale-leaseback proceeds.

Yesway more than doubled its retail portfolio in late 2019 with the 304-store Allsup’s c-store chain. It has since consolidated its West Des Moines, Iowa, headquarters with those of Clovis, N.M.-based Allsup’s in Fort Worth, Texas. With more than 420 locations, it is now the 17th largest c-store chain in the country by number of retail outlets it owns and operates, according to CSP’s Top 202 ranking. Its goal is to reach 600 stores within the next few years.

Yesway will use the new capital it has accessed to fund an extensive raze-and-rebuild and store- remodeling campaign across its portfolio, and to pursue complementary acquisitions to further expand the Yesway and Allsup’s retail brand presence.

“We now have opened the spigot again in terms of looking at new stores to grow,” said Tom Trkla, Yesway’s chairman and CEO, during an interview for an Outlook Leadership Community Talks From the Top webinar. “We’re going to have a pretty good war chest to buy things.” CSP named Trkla one of its Power 20 for 2020, recognizing him as one of the industry’s top deal makers.

Given the successful integration of Yesway and Allsup’s, “we decided to raise additional capital to accelerate our real-estate capital programs and to finance additional portfolio acquisitions,” he said in late October.

It will also upgrade many existing Yesway stores. “These improvements will allow us to offer the complete Allsup’s foodservice program to Yesway customers, including, of course, the world-famous Allsup’s burrito,” Trkla said.

Allsup’s foodservice program—including its popular burrito—was one of the reasons Yesway acquired the chain, according to Trkla. That acquisition “simplified what we were trying to do in the Yesway side from a foodservice standpoint,” he said. “We acquired what worked and, therefore, we didn’t have to build our own through trial and error.”

Allsup’s has recently completed more than $7 million in technology upgrades, including the installation of a back-office software system from Alpharetta, Ga.-based PDI, the migration of all Yesway and Allsup’s stores to a consistent point-of-sale (POS) system and the installation of in- store hardware systems and upgrades, Trkla said. The company will also unveil Allsup’s customer loyalty program, modeled after the Yesway Rewards loyalty offering.

Murphy USA Inc.’s board in late October approved several initiatives intended to spur store expansion, including new stores, acquisitions and a strategy to enhance its foodservice offering. Murphy USA is the sixth-largest c-store chain in the country by number of company-owned retail outlets, according to CSP’s Top 202 ranking.

The company reaffirmed its accelerated organic growth objectives to build up to 50 new-to- industry (NTI) locations per year beginning in 2021 of the 2,800-square-foot large-store format and to raze and rebuild 25 kiosks into its 1,400-square-foot small-store format on Walmart parking lots. Over the past two years, Murphy USA has developed an NTI pipeline of more than 100 locations to deliver this level of growth on a sustainable basis, the company said.

Developing and executing enhanced food and beverage capabilities is the key to this strategy, it said, with several recent hires and the upcoming renewal of the company’s supply chain contract with c-store distributor Core-Mark International Inc., Westlake, Texas, reflecting early steps in this effort.

To accelerate the development of these “critical” food and beverage capabilities, the company is “open to pursuing” targeted mergers-and-acquisition activity in addition to organic growth, Andrew Clyde, president and CEO of Murphy USA Inc., said on the company’s most recent earnings call. The El Dorado, Ark.-based company could target chains with successful food and beverage programs “where an acquisition could deliver immediate benefits vs. solely building the capabilities internally,” he said.

Leveraging Murphy USA’s scale and reverse synergies from the acquired chain’s foodservice program, Murphy USA could upgrade its existing offerings, it said. “Whether the company builds or buys these capabilities, it intends to develop a fit-for-purpose [food and beverage] model for its portfolio of stores and a differentiated offer to its customers to enable it to achieve the highest possible returns from its organic and inorganic growth plans.”

Murphy USA has since completed the acquisition of QuickChek Corp., Whitehouse Station, N.J., adding 157 convenience stores in the Northeast and increasing its total station count to more than 1,650. It announced the $645 million all-cash transaction in December.

The company said it may also explore the acquisition of midsized regional chains “where there is a strong strategic fit and that complement its organic growth strategy.”

Two months after announcing plans to redefine itself as a publicly traded company called Arko Corp., GPM Investments is leaning on its “established platform for identifying and integrating successful acquisitions in the growing, fragmented and historically recession-resilient convenience-store industry as well as attractive organic sales and profitability drivers.” said CEO Arie Kotler.

The transaction has provided GPM “with increased liquidity and access to the broader capital markets,” said Arie Kotler, CEO of Arko and GPM, “enabling us to continue to execute on our proven growth strategy.”

“We are planning on keeping all of our community brands underneath our new company,” Kotler said. Arko will have a new logo and a new slogan: A family of community brands.

“This transaction provides us with increased liquidity and access to the broader capital markets,” Kotler said, “enabling us to continue to execute on our proven growth strategy as we expand our network of convenience stores across the United States.”

The new ownership structure also will allow GPM to speed up its already aggressive growth. “We are coming out of this merger with a lot of cash on hand to continue our growth strategy, and at the same time, we are planning on starting a remodel program in our stores,” he said. The company plans to invest more than $300 million in 360 stores over the next five years. It is already working on prototypes, although the COVID-19 pandemic and changing consumer habits may alter those designs, he said.

GPM entered fourth-quarter 2020 “from a position of strength” with same-store in-store sales up 4.3%, said Kotler. “With our strong performance to date and with ample levers to drive further growth and profitability, we are extremely well positioned to exceed our previously provided financial targets for this year.”

My Take: The current spate of growth initiatives reflects a restlessness among top convenience retailers to drive an industry consolidation trend that shows no signs of stopping. The expansion and remodeling efforts are an affirmation that c-stores intend to thrive in and even help define the “new normal.” —Greg Lindenberg

Yesway Moving Ahead With Plans to Rebuild, Remodel