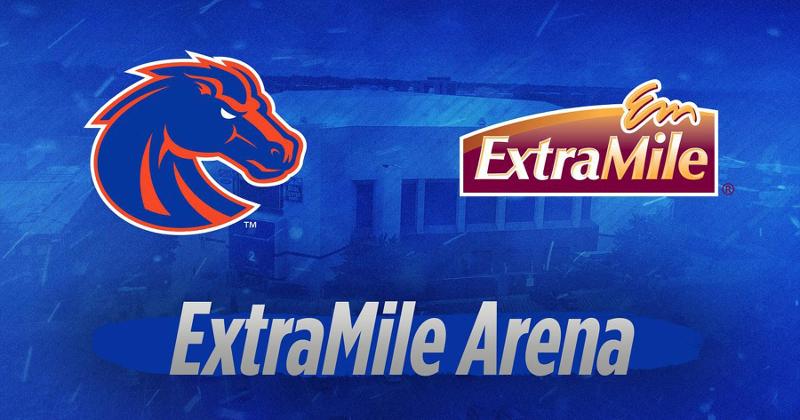 BOISE, Idaho — ExtraMile Convenience Stores LLC, a joint venture between Chevron USA Inc. and Jacksons Food Stores Inc., is converting 22 Jacksons Food Stores in southwestern Idaho to the ExtraMile brand. The company has put a visible stamp on this new presence in the Treasure Valley with a signage change for its sponsorship of ExtraMile Arena at Boise State University.

The joint venture will complete the first conversion at a Jacksons convenience store in Caldwell, Idaho, early next month.

“We started this business with a single store in Caldwell, so it’s kind of fitting we’re beginning this next big venture with ExtraMile in Caldwell, too,” said Cory Jackson, president of Meridian, Idaho-based Jacksons Food Stores and a board member of the joint venture.

Jacksons purchased a 50% interest in the ExtraMile partnership with Chevron in February 2018. Jacksons is converting its Chevron-branded locations into ExtraMile stores. Jacksons’ Shell stores will continue to operate under the Jacksons brand banner.

Jacksons will retain employees currently working at the Jacksons stores after they convert to the ExtraMile brand. Jacksons will honor its “Let’s Go Rewards” card at most ExtraMile stores.

Meanwhile, Boise State University announced in June that ExtraMile would acquire the naming rights to ExtraMile Arena, formerly Taco Bell Arena, in an agreement that will bring the university $8.4 million over a term of 15 years. The university unveiled new signage at ExtraMile Arena on Sept. 3 with ExtraMile and Jacksons leadership in attendance.

“Jacksons is such a spectacular success story, and we’re fortunate to have them as a partner in the continued growth of ExtraMile,” said Paul Casadont, president of ExtraMile. “We’re also looking forward to continuing the Jackson family’s tradition of being an involved and contributing member of the communities we serve in the Treasure Valley. The ExtraMile Arena branding agreement with Boise State University illustrates that commitment.”

ExtraMile has more than 850 c-stores that feature traditional c-store products and a growing offering of healthier food options, along with Chevron gasolines with Techron.

John Jackson founded Jacksons Food Stores in Caldwell, Idaho, in 1975 as a single service station. Jacksons has grown to be a nationally recognized chain with more than 250 Shell- and Texaco-branded c-stores and a 50% stake in ExtraMile, which has more than 800 locations across the western United States. The private company’s holdings also include Capitol Distributing, Jacksons Energy and Jacksons Jet Center.

Chevron to Double ExtraMile Sites Across the West