LA CROSSE, Wis. — Kwik Trip CEO and President Donald Zietlow will retire from the chain at the end of the year. Zietlow has led the 11th-largest convenience-store chain in the United States for 22 years and worked there for 52 years.

“Although Don attributes the success of Kwik Trip to the coworkers, his leadership has brought substantial growth and innovation,” the company said. 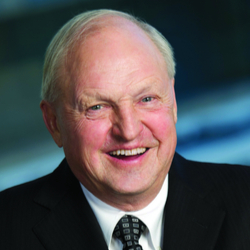 The company now operates more than 800 locations in Wisconsin, Minnesota, Iowa, Illinois and Michigan and is considered a leader in the c-store industry. During his tenure, Zietlow was the driving force behind sharing 40% of the pre-tax profits with all coworkers and Kwik Trip’s successful food programs.

Zietlow was named CSP’s Retail Leader of the Year in 2012.

Under his leadership, the company has grown its vertically integrated Support Center in La Crosse, Wis., including major capital investments in the dairy, kitchens, bakeries and distribution center.

On Jan. 1, the chair of the board of Kwik Trip and second-generation owner, Scott Zietlow, will become Kwik Trip’s next president and CEO. To assume the new role, Scott Zietlow will retire from his role as a professor of surgery in the Trauma, Critical Care and General Surgery Division of Mayo Clinic in Rochester, Minn.

“I am honored to follow my dad’s legacy of guiding Kwik Trip. We are a very strong company and with our 36,000 phenomenal coworkers, great retail locations and industry-leading vertical integration, our future is bright,” said Scott Zietlow.

As part of the new leadership team, Tom Reinhart has been appointed chief operating officer. Jeff Wrobel will continue his role as chief financial officer.

Kwik Trip, based in La Crosse, Wis., is a family-owned convenience-store chain operating more than 800 locations in Wisconsin and Minnesota under the Kwik Trip banner and in Iowa under the Kwik Star banner.