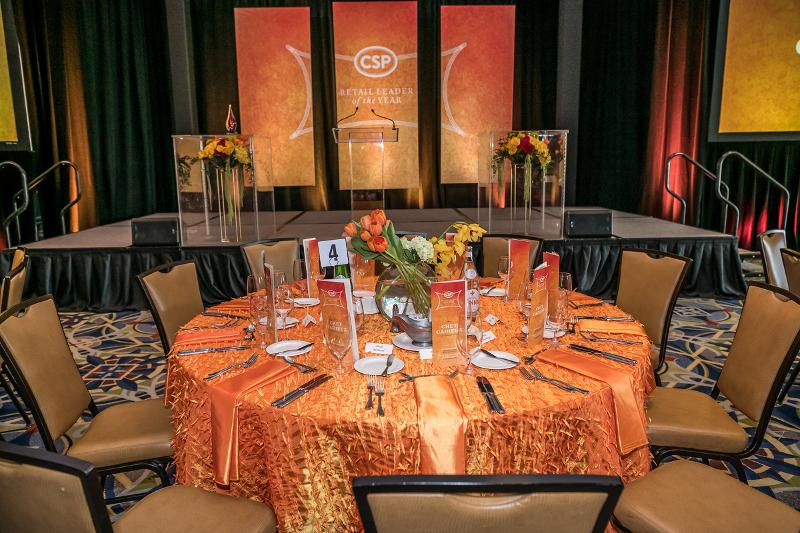 CHICAGO — He walked into the room, not like a heavyweight boxer who had just won a title fight but more like an amiable sparring partner who was just happy to see some of the closest allies he goes into battle with each day. He clearly enjoys the fancy footwork and the bobbing and weaving that goes into a well-fought battle, but he prefers the accolades go to the crew who joined him in the trenches.

I’m talking about Chet Cadieux, chairman and CEO of QuikTrip, Tulsa, Okla. CSP celebrated Chet and QuikTrip as its 2019 Retail Leader of the Year during a dinner ceremony in October in Atlanta.

It’s an honor Chet deserves many times over. His part-of-the-crew demeanor belies a hard-charging, numbers-driven tenacity to keep QuikTrip growing and prospering.

The Ties Have It

During his acceptance speech, Chet made it clear that the award was not just for him but also for the dozens of QuikTrip employees in attendance and the thousands hard at work in more than 800 stores across the Midwest and Southeast.

“On behalf of the 24,000 men and women of QuikTrip, I accept this award,” Chet said. “My guys and gals are retail leaders, and I sincerely thank you for recognizing them as such.”

That esprit de corps was evident long before Chet took the stage to accept the award. From the moment he walked into the reception before dinner, he good-naturedly teased colleagues who normally “wouldn’t be caught dead wearing a tie.” In fact, it was Chet who, after taking the helm of QuikTrip 17 years ago, did away with the shirt-and-tie dress code at QuikTrip that his father, Chester Cadieux—the company’s co-founder and previous CEO—had established.

QuikTrip is among the chains helping the c-store channel grow beyond its historical image.

Imagine that: Following in your father’s footsteps but making the changes you felt were necessary—from strategy to dress code—to make the company work in a way you’re comfortable with.

Chet’s approach to leadership helps him to stand out in an industry chock-full of great CEOs and presidents. QuikTrip is among the chains helping the c-store channel grow beyond its historical image with great foodservice, attractive and clean stores, attention to customer service and human resource practices that make the company an employer of choice.

When to Say When

Given CSP’s 17-year history of honoring a Retail Leader of the Year, leadership is a common topic of discussion in our office during the fourth quarter of each year.

In 2019, there’s added truth to that as we watch the decisions being made at Marathon Petroleum Corp. Here’s a company—the parent of the third-largest U.S. convenience-store chain, Speedway LLC—that’s still digesting its $23.3 billion acquisition of Andeavor; that reported net income of $1.1 billion in the third quarter, up 60% over the previous year; and that had refining system utilization of 98% at the end of the quarter. This is a company that’s firing on all cylinders. And yet a group of activist investors wanted more, demanding not only that Speedway

be spun off but also that Chairman and CEO Gary Heminger step down immediately.

Marathon fended off the initiative for more than a year, but in October the investors got what they wanted. The company will spin off Speedway, and Heminger, a 44-year veteran of the business, announced he will retire in 2020.

Leadership doesn’t happen in a vacuum. Every company culture—tie or no tie—requires a different type of leader. Likewise, success can be measured in different ways: the bottom line, admiration of peers, community standing and more. And each of us look at it differently.

As the industry does business around us, it’s important to measure each company and its leader based on their challenges, personalities and the way their teams respond to their guidance—and take the things we admire as lessons for leading our own troops.

Click here to return to full Retail Leader of the Year report.

2019 Retail Leader of the Year: What It Means to Be the Best