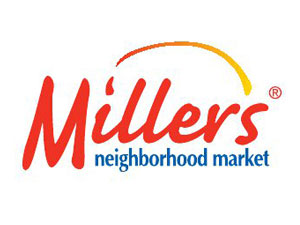 "The Miller name has enjoyed great recognition in the markets it serves ever since Gus Miller opened his first Miller Mart in the 1980s," said veteran c-store designer Joseph Bona, CBX president of branded environments. The Norfolk-based chain's stores can be found from Virginia Beach to Manassas, Va., but its community presence can be felt through the Miller Oil Foundation, which benefits children's charities, domestic violence shelters, assisted living centers, the arts and more.

In the intervening years since the first Miller Mart--now called Miller's Neighborhood Market--opened, national chains have entered the market, Bona explained. "The national competition has stiffened over the years," he said, "and the family understands the need for its identity to speak with one voice."

CBX teams will update the existing script Miller logo and identity standards for use on fuel pumps, pylons and canopies. Inside, the new Miller identity will be used for wayfinding, point-of-sale (POS) and food and beverage service signage. The chain's on-the-go beverage offerings include Miller's Choice coffee and tea, along with Miller's Chiller fountain sodas. The stores also offer snacks, fresh fruits, pantry basics and toiletries.

"As chairman of NACS [National Association of Convenience Stores], I learned the value of studying not just the competition in the US, but being aware of international trends as well," said Jeff Miller, president of Miller Oil Co. "Joe Bona and CBX bring a global perspective to convenience retailing that I believe will help us thrive in the highly competitive marketplace here in southeastern Virginia."

A.C. "Gus" Miller founded Miller Oil Co. Inc. in 1977 when he purchased Exxon's home heating oil business in Norfolk, Va. It began its expansion into the convenience store and gasoline retailing business with the opening of its first store in the 1980s.

'C-Stores Must Raise Their Game'