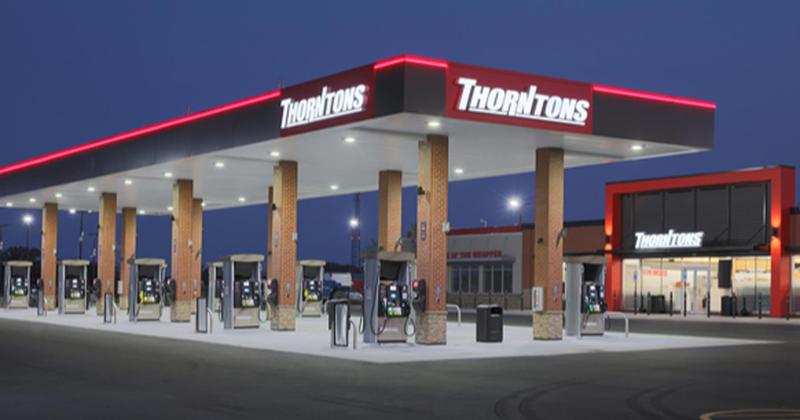 In December 2018, London-based BP and Boston-based ArcLight announced the formation of a joint venture to purchase Louisville, Ky.-based Thorntons Inc., with BP participating as the minority partner.

The joint-venture partnership has retained the Thorntons name and plans on accelerating Thorntons' growth and expanding its footprint, the company said. It will open several new stores this year, with more planned for 2020. The chain operates 192 c-stores in six states: Kentucky, Illinois, Indiana, Ohio, Tennessee and Florida. Thorntons was No. 42 on CSP’s 2018 Top 202 ranking of c-store chains by number of company-owned retail outlets. The deal put BP at No. 7 on the 2019 Top 202 list, up one place from No. 8 in 2018.

“Opening this fantastic new state-of-the-art travel center in Memphis, Ind., is an exciting milestone for our guests and our company,” said Simon Richards, president and CEO of Thorntons.

Upon closing the acquisition in February, BP and ArcLight appointed BP veteran Richards, head of regional development for Fuels North America for BP Products North America, as president and CEO of the new entity, replacing Matt Thornton, who was also chairman.

“Opening this fantastic new state-of-the-art travel center in Memphis, Ind., is an exciting milestone for our guests and our company,” Richards said. "It is just the beginning of the significant growth enabled by our new owners and further demonstrates our commitment to our guests and team members in all the locations where we operate. The future is bright for Thorntons and we are excited about what lies ahead.”

Although Thorntons would not provide details on how the joint venture has influenced the company’s new-store strategy, in March, Richards said the company would take Thorntons' “own it” mantra that had driven success at the family- and employee-owned retailer, "translating it a little bit as we move from being a family-owned business. … The culture is still ‘We own this business. We own its success.’ And we own the right to grow it. It’s a deeply cultural piece around here—owning the performance of the business.”

“The owners bought this business for good reason,” he told Louisville Business First. “We want to retain the magic that’s been Thorntons. We promised that to Matt [Thornton] as we shook hands when he departed. There’s some natural apprehension to new owners. Do they mean what they say? We have to demonstrate that. The brand is great. The brand is here to stay. The stores are going to stay the same and have the same great people running them, and running them from the same office here in Louisville.”