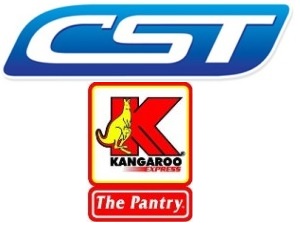 “Over the past several months, members of our group have discussed with you various issues we believe have plagued CST's operating and share price performance,” JCP wrote to CST Brands CEO and president Kim Lubel.

In response, CST Brands did not attack the dissident facts, rather, it invited dialogue and underscored its efforts to maximize corporate value.

“CST Brands Inc. has seen the recent statements issued by certain investors regarding their views about CST,” the company shared in a statement. “We respect investor input as an important and valuable resource. In fact, we have had discussions with these investors and expect to continue our dialogue with them. As always, CST’s board and management will continue its work to enhance the company’s strategic growth and to increase shareholder value.”

The flurry of attacks in the final weeks of 2015 come at a time CST enjoyed success as one of the convenience-store channel’s premier M&A companies, paying, in some cases, double-digit multiples to obtain coveted prizes like the recently closed deal for Waycross, Ga.-based Flash Foods Inc., an operator of 164 c-stores in Florida and Georgia.

The purchase was just the latest in a series of moves, including the recent rollout of a new store rebranding program, plans for larger ground-up stores, and last year’s acquisitions of the celebrated upstate New York-chain Nice N Easy and, more importantly, the general partner of Allentown, Pa.-based CrossAmerica Partners LP (formerly Lehigh Gas Partners) that positioned CST as a master limited partnership (MLP).

On the marketing front, the company scored when Lubel was named in September one of Fortune magazine’s 50 Most Powerful Women in Business.

Yet, despite a year of mostly positive news, CST is facing an internal challenge centered on its growth-based strategy and ability to not only acquire new assets, but maximize performance of existing ones.

“All of the above factors have weighed on the share price causing CST to trade at a significant discount to its peer group and substantially below the strategic value of the franchise,” JCP Management said, noting its general agreement with Engine Capital’s criticisms of CST Brand’s strategy.

Two years ago, JCP Investment and Lone Star Value Management LLC aligned and formed Concerned Pantry Shareholders (CPS). The group accused management at The Pantry of failed leadership, deriding the executive team of lacking a pointed strategy to tackle sizeable debt and to turn around a motley network of disparate brands and offerings.

The salvo devolved into a proxy battle and ultimately a shareholder mutiny that successfully ousted The Pantry’s leadership team. Unable to shake the mistakes of its past, The Pantry was acquired last year by Alimentation Couche-Tard and its stable of more than 1,500 stores are being converted from Kangaroo to Circle K.

For now, the story of The Pantry and CST Brands is different. In The Pantry’s case, dissenters saw a company in a fiscal tailspin, a chain whose glory had long passed and where many mid and upper-level officials had either left or were actively courting other positions.

CST seems to be the opposite. It has attracted top talent at both the category-management and corporate tiers. While some analysts agree that the company has yet to settle on a sustainable growth strategy anchored in stronger in-store, year-over-year performance, those same analysts praise the company for the acquisitions it has closed and on pursuing a new store reimaging and design program that speaks to fresh food and an ambiance focused at millennials and women shoppers.

Nevertheless, JCP, like Engine, is suggesting that CST place all options on the table including being acquired.

“We have studied the 2020 plan for CST,” JCP wrote. “Similar to our analysis as board members at The Pantry and have concluded that the risk of achieving the 2020 vision and the upside to that vision should be compared to the immediate value that could be realized in a strategic sale.

“CST is a highly attractive asset. The company has high market share in several Texas markets and an attractive niche market in eastern Canada. CST owns the vast majority of its real estate and has an attractive land bank. We strongly believe that there would be significant interest in CST from strategic buyers and the board should explore and consider the opportunities.”

Is CST in a 'Strategic Quandary'?

UPDATE: 'Day of the Dissidents' Dawns at The Pantry