CHARLESTON, S.C. — Parkland Fuel Corp. is “in the early stages of creating a meaningful U.S. presence,” the Calgary, Alberta-based independent fuel supplier and convenience-store operator said in an investor presentation in August. The company recently completed an acquisition in Florida, and a new Parkland USA office in the Charleston, S.C., area will spearhead marketing and sales development for the United States, spokesperson Laura Varn told CSP Daily News.

Parkland Fuels services customers across Canada and the United States, as well as the Caribbean and Central and South America through retail, commercial and wholesale channels. It operates a portfolio of fuel supply relationships and storage infrastructure and provides fuel and c-store offerings under a variety of local and national brands.

In Canada, Parkland Fuels owns, operates or supplies stations under the Chevron, Esso, On the Run, Marche Express, Fas Gas Plus, Pioneer, Race Trac (not to be confused with RaceTrac Petroleum in the United States) and Ultramar brands. It acquired most of the Canadian business and assets of CST Brands Inc. from Laval, Quebec-based Alimentation Couche-Tard Inc. in June 2017.

Parkland USA has tripled its business in the past 18 months, Varn said, and the company is “looking to grow rapidly over the next several years through acquisitions and organic growth.”

The company’s strategy will be to “acquire prudently and integrate, [with] first-call access to deals, rigorous due diligence and effective integration,” it said in the investor presentation.

Eighteen months ago, Parkland USA had 300 employees, and it now has 1,100, Varn said. “We have acquired four companies over the past year," she said. "There is value in the local brands, and we are keeping those. Down the road, we may look at having one brand nationally.”

Along with marketing and sales development, the company’s new Marketing and Sales Development Center on Daniel Island, S.C., will focus on national accounts, people, culture and communications. And it will work with the newly opened trading and supply office in Houston and regional operations centers (ROCs) in Minot, N.D., and American Fork, Utah, to grow Parkland USA’s business nationwide.

“This national center will advance Parkland’s desire to grow its marketing capacities in the North American and international sectors,” she said. “As part of its comprehensive business strategy, Parkland aims to create meaningful value as a leading downstream energy supplier and convenience marketer.”

Meanwhile, in early September, Parkland Fuel, through Parkland USA, entered into an agreement to acquire Tropic Oil Co. Inc. Based in Miami, Tropic Oil transports, distributes and markets fuels and lubricants in central and South Florida. Although it doesn’t have c-stores, it supplies and operates nine cardlock facilities and four bulk storage plants and warehouses.

“Through Tropic Oil, Parkland is adding its third [ROC] and expanding its presence into the Southeastern states for the first time,” said Doug Haugh, president of Parkland USA. “This new Southeast ROC will be the operating platform that drives organic growth and enables further acquisitions across the region."

It is first time that Parkland USA is expanding outside of the Western states, Varn said. With the opening of the Charleston office and the purchase of Sol, the largest independent fuel marketer in the Caribbean, with more than 500 gas stations on 23 Caribbean islands, and the acquisition of Tropic Oil, “you can start to see the bigger picture of us having a larger presence in the Southeast, “ she said.

"The Tropic Oil acquisition continues on our U.S. growth strategy by adding quality regional operators in regions where we can bring a distinct supply advantage. This initial toehold in Florida also complements our Caribbean business by providing significant supply and distribution synergy potential,” said Bob Espey, president and CEO of Parkland. 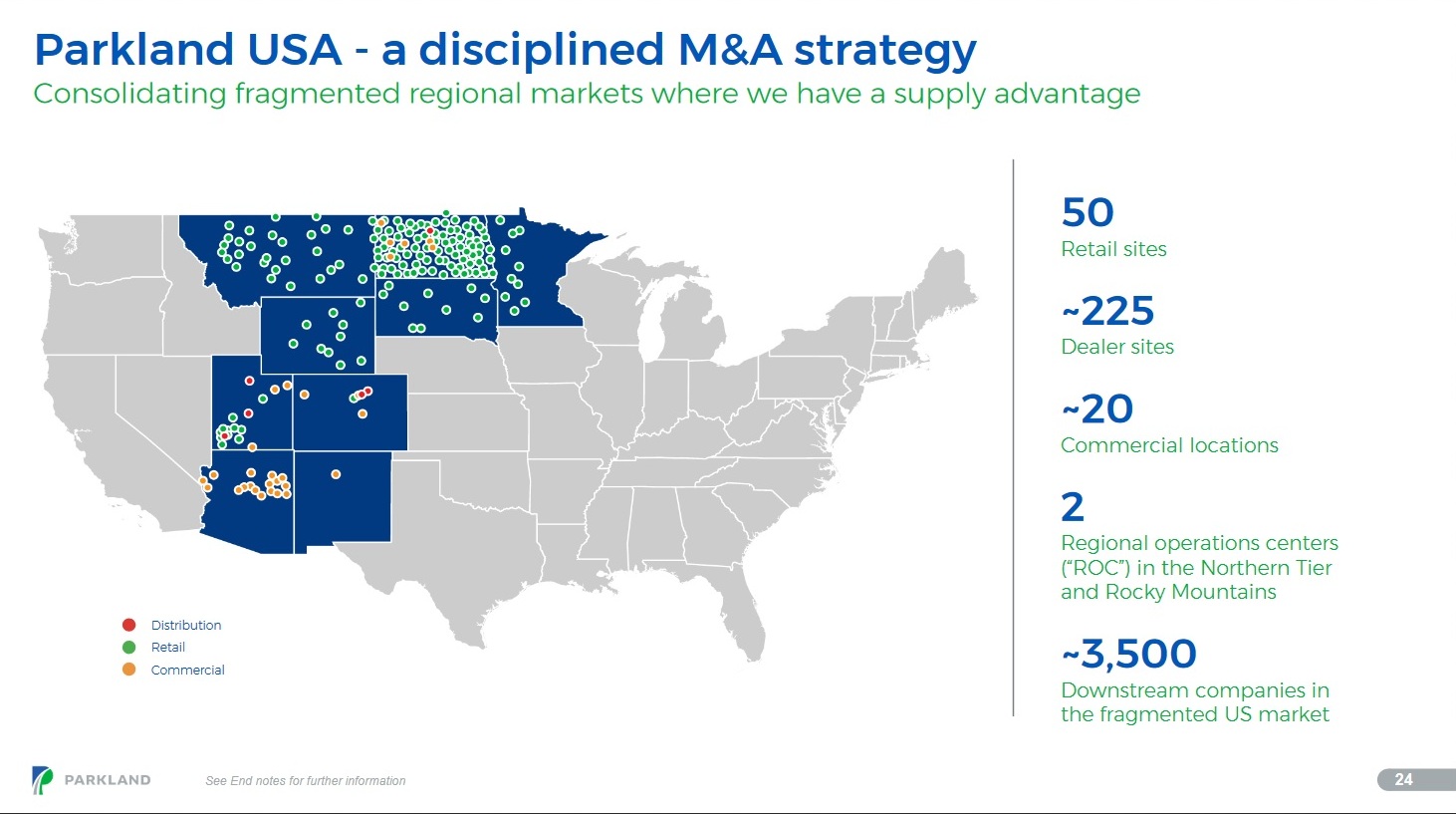 Why Parkland Is Buying Into Mobile Fueling