LAVAL, Quebec -- With a goal of positioning itself for future growth in the United States, Alimentation Couche-Tard Inc. announced its plans internally this month to reorganize its U.S. business units effective May 1, as reported exclusively in a CSP Daily News Flash yesterday. 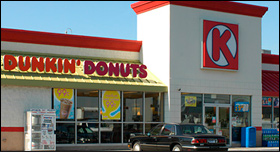 "With the acquisitions that occurred over the past few years, and in order for each business unit to position themselves for growth opportunities and to maintain the integrity of our business model, which calls for each of the divisions to remain close to their stores, their customers and provide opportunities for [image-nocss] our people, I am pleased to announce a realignment of geographies that will create two new business units," Real Plourde, executive vice president of Couche-Tard, announced in a letter to employees dated January 14.

The reorganization will split the six divisions currently in the United States into eight U.S. divisions.

Florida will be split from the Florida/Gulf Division, taking a small portion of the Southeast Division with it. The new Gulf Division will be based in Tallahassee, Fla., and will be comprised of the states of Tennessee, Mississippi, Louisiana, Arkansas and the western Panhandle of Florida. Jason Broussard, currently marketing director in the Florida/Gulf Division, will become the vice president of operation for the Gulf Region. He will report to Plourde.

"We are very excited to have Jason and Lou in these roles with the creation of two new business units," Plourde stated. "Over the next weeks, Jason and Lou will be communicating plans for the formation of their management teams."

Following the reorganization, the affected divisions will be home to:

"This speaks volumes for Couche-Tard," said one Couche-Tard employee who request anonymity, "because at a time when companies are cutting head counts and downsizing their administrative groups, Couche-Tard has created two new divisions in the U.S. and made the other groups a little smaller, positioning them for future growth."

In related Couche-Tard news, the Laval, Quebec-based company appointed Tim Tourek vice president of operations for the West Coast Division. He has served as interim vice president for the past 10 months.