WASHINGTON --QuikTrip Corp. has paid more than $1.5 million in damages under a consent decree it previously reached with the U.S. Department of Justice to compensate 47 individuals with disabilities who experienced discrimination at QuikTrip gas stations and convenience stores in violation of Title III of the Americans with Disabilities Act (ADA). 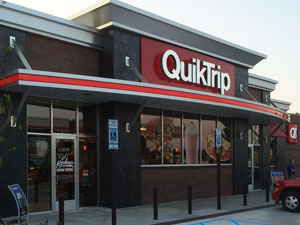 The consent decree, which was entered by the U.S. District Court for the District of Nebraska in July 2010, required QuikTrip to make all of its facilities accessible, adopt accessibility policies and pay a $55,000 civil penalty to the United States.

QuikTrip has made all changes required in the consent decree to make their properties ADA accessible.

"Today is an important milestone in making whole individuals with disabilities who experienced repeated and extensive accessibility barriers at QuikTrip facilities across the United States," said acting assistant attorney general Jocelyn Samuels for the Civil Rights Division. "QuikTrip should be commended for working diligently with the department to overhaul its gas stations, stores and policies to comply with the ADA."

"QuikTrip is extremely proud that all of our locations have been certified as ADA compliant," company spokesperson Mike Thornbrugh told CSP Daily News. "The positive reaction from our customers with disabilities has been overwhelming. QuikTrip truly believes that all of the changes have made us a better company."

The consent decree was reached under Title III of the ADA, which prohibits discrimination against individuals with disabilities by certain businesses that are open to the public, including gas stations, convenience stores and other retailers.