ANDERSON, Ind. -- Ricker’s Convenience Stores is scheduled to raise its entry wage to $9 an hour on July 1, 2015, the company has announced. The wage will increase to $10 after one year of employment. 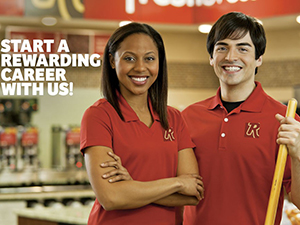 “As many groups are fighting for higher minimum wages on the state and federal levels, it is often assumed that convenience stores are among those companies underpaying their employees,” said Quinn Ricker, president and CEO of Ricker’s Convenience Stores. “We want it to be known that Ricker’s values our hardworking team members and makes it a priority to pay them well.”

The convenience-store chain has long since taken pride in paying above-market wages in comparison to its competitors for retail careers, it said.

“We are not doing this because of mandatory government regulations,” said Ricker. “We are doing this because we view our team members as family and it is the right thing to do. With this new increase, the starting wage of $9 will be $1.75 more than the state minimum wage of $7.25. After one year of employment, the employee’s pay will increase to $10 an hour, $2.75 more than the state’s current minimum wage.”

“Many states are planning to raise the minimum wage but gradually and over many years. We think it is important that we increase our team members’ wage now, as opposed to promising it in the future,” said Jay Ricker, company founder and chairman. “We are hopeful that this increase will make a positive impact on the lives of the more than 700 Hoosiers that Ricker’s currently employs.”

Jay and Nancy Ricker founded Ricker's in Middletown, Ind., in 1979. The Anderson, Ind.-based company has more than 52 convenience stores.

Rep. Brooks Serves as ‘Clerk for a Day’ at Ricker's