TOKYO -- Following a power struggle that went public this month when the company’s longtime chairman and CEO abruptly quit, Seven & i Holdings Co., the parent of 7-Eleven Inc., said its nomination committee has selected the preferred candidate of U.S. activist investor Daniel Loeb as its next president, The Wall Street Journal reported. 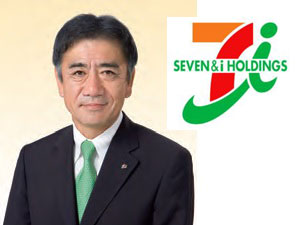 The choice is likely to send ripples worldwide that will affect 7-Eleven's retail network not only in Japan, but also in North America.

Tokyo-based Seven & i has picked Ryuichi Isaka, 58, who has helped fuel growth at 7-Eleven convenience stores, to lead the holding company, The Wall Street Journal reported. The decision comes after the resignation of 83-year-old Toshifumi Suzuki, who had reigned over the retail empire for nearly a quarter century.

The selection was a rare victory for a U.S. activist investor in Japan and followed a public campaign by Loeb against a plan by Suzuki to oust Isaka. The board defeated Suzuki’s plan to name his own son as a successor, falling one vote short of a majority among the 15 directors. He resigned following the vote.

Loeb, who has said his hedge fund Third Point LLC owns hundreds of millions of dollars in Seven & i common shares, praised Isaka in a March 27 letter to the board, saying he was a natural candidate to lead the holding company.

“Mr. Isaka has been instrumental to the success of Seven‐Eleven Japan, which is the group’s core business,” Mr. Loeb wrote in the letter. He said the successor to Suzuki should “have a vision to profitably grow the 7-Eleven store network in Japan, North America and other countries.”

The nomination committee’s choice still needs approval from the board and final backing from shareholders when they meet in May.

Under Suzuki, the company aggressively acquired other retailers, including Millennium Retailing Inc., which operates the high-end Japanese department stores Sogo​ and Seibu.

Loeb criticized the strategy, pushing Seven & i to shed Ito-Yokado and focus on convenience stores, said the report.

Analysts said Suzuki’s exit was likely to accelerate restructuring. His resignation could mean a shift toward “more selective business portfolio management,” Nomura Securities analyst Masafumi Shoda told the Journal. In March, the company said that it would close some unprofitable supermarkets and department stores.