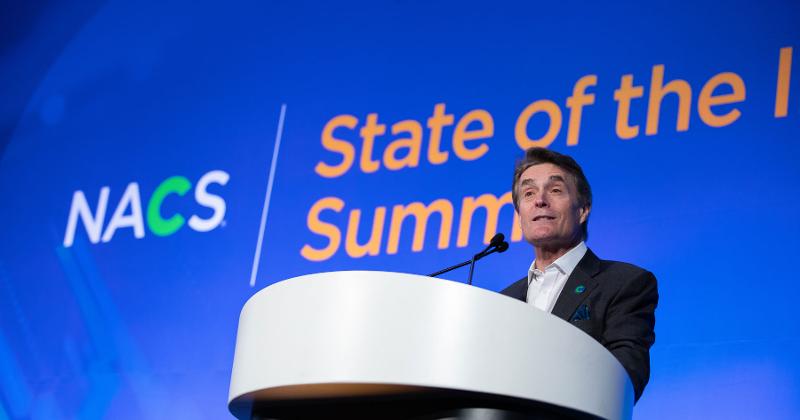 Going back to the days of adding drinks and snacks to what was otherwise an ice house, convenience retailers have always been ready to bring something new to their stores. We’ve seen it with gasoline. We’ve seen it with beverages and packaged foods. And we’re seeing it in real time with technology and foodservice.

This is good news, especially because this year’s NACS State of the Industry Summit once again underscored the S-curve. This graphic representation of an entity’s maturation suggests that every—or at least most—business or industry goes through a growth phase, a maturity phase and, as growth begins to taper off, a saturation period. Unless it evolves.

While the c-store industry saw another year of record inside sales and industry profits, there are several reasons to believe some of the industry is on the downturn of an S-curve. (See our cover story beginning on p. 8 for details.)

Charlie McIlvaine, chairman and CEO of Coen Oil Co., Canonsburg, Pa., summed up those reasons succinctly from the stage when he said, “The bottom half of the industry is still a 10-year-old business model.” That is how saturation sets in: by not getting ahead of the trends, or even setting them.

And in this period of unprecedented channel disruption, the need for c-store retailers to keep up with the cutting edge is paramount.

That makes now a good time  to break down the industry’s S-curve into smaller segments, to look at each category or strategy individually.

Cigarette sales, for example, are clearly on the saturation end of an S-curve. Statista reports that the smoking rate in the United States peaked way back in 1954. According to the Centers for Disease Control and Prevention, that rate has continued to decline, from 21% in 2005 to 14% in 2017. And yet cigarettes remain the largest merchandise product segment in c-stores in terms of sales and No. 2 in gross profits, behind packaged beverages.

Meanwhile, sales of other tobacco products (OTP) are in a profitable growth phase as smokers find other ways to satiate their hankerings. That has added up to amazing growth for OTP, cigars and vape products. But with a multitude of regulatory threats looming over the tobacco category, it’s also clear that additional pivoting will be necessary.

The numbers also show that those who evolve can thrive. Many retailers in the top quartile found that a strategy focused on foodservice was the best opportunity to improve profits—and that helped lead to strong growth for other categories such as packaged beverages and snacks.

There’s no reason the c-store industry can’t maintain its edge by embracing segments that are still growing and leading some disruption of its own.

The products we sell also have evolved. Look at entirely new categories such as energy drinks and the innovation within the water category. And could CBD-infused products reshape the S-curve over the next decade?

The point is, more than half of the retailers in NACS’ data sample have not yet fully realized the potential of some key categories of the convenience-store business. There’s still plenty of room to grow sales if this bottom end of the industry would embrace new strategies and new technologies.

Sure, convenience is under attack from all angles and all channels of retail. It has come in product format, service innovation and, significantly, technology advancements. But there’s no reason the c-store industry can’t maintain its edge by embracing segments that are still growing and leading some disruption of its own.

If nothing else, we know the top-quartile retailers will continue to drive us to bigger and better heights, but we have to work together to effectively change the curve.

Michael Wood  is president and CEO of Winsight LLC. Reach him at mwood@winsightmedia.com.

Henry Armour is president and CEO of NACS. Reach him at henry_armour@convenience.org.