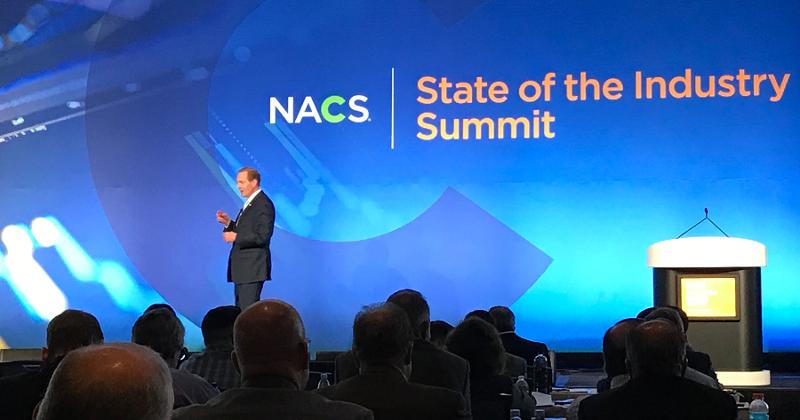 CHICAGO — Considering the big headline of the preliminary State of the Industry data was a third year of record sales, the overall tone of the SOI Summit in Chicago was one of caution. Sure, the industry just topped $654 billion in sales compared to $601 billion the previous year, but there are concerns to consider at every turn.

Billy Milam presented the top-line numbers with restrained exuberance. "In a world where [most other channels of retail] are down, our sales [per store per month] were up 9.9%, but our transactions were down 2.3%," said Milam, chief operating officer for RaceTrac, Atlanta, and head of the NACS Research Committee. "So we're selling more stuff to less people."

Among the challenges, he noted:

“I know a lot of you think, 'I don’t need to worry about Amazon; they’re not coming for my market,'” Milam said, “But they’re redefining the definition of convenience stores. … The mindset of that customer is being retrained.”

Together, these challenges—what Milam frequently called “attacks” on the convenience channel—have created an S-curve in the trajectory of the industry, making now a key time for retailers to evolve.

“The ‘Cokes and smokes’ business model has crested,” said Charlie McIlvaine (pictured above) as he led discussion of the category-specific data presented at the SOI Summit. McIlvaine, chairman and CEO of Coen Oil, Canonsburg, Pa., cited healthy transitions by the c-store channel into foodservice, which grew its sales contribution to the channel by 6.58 percentage points from 2009 to 2018, while tobacco sales lost 2.05 points and beer dipped 1.91 points during the same period, according to CSX and NACS SOI data. However, he said a large majority of that transition was led by top-quartile retailers—that is, those retailers who produced total sales in the top 25% of the channel.

Bottom-half retailers, meanwhile, are clinging to tobacco and beer sales. “The bottom half is still [working with] a 10-year-old business model,” he said.

To that end, both Milan and McIlvaine encouraged a paradigm shift for the industry to match the disruption that has become pervasive to the retail channel.

“Other channels of retail are getting product into [consumers’] hands in other ways. They don’t have to come to the store anymore,” Milam said. “There is a different expectation from our customers now than what we’ve seen in the past.”

Among the paradigm shifts suggested during the summit were:

What happens if the industry does not evolve? McIlvaine asked. He evoked the specters of Radio Shack and Blockbuster Video, two chains that liquidated and disappeared, as primary examples of retailers that refused to change.

“We have a track record of being relevant and evolving,” he said, “but we cannot rest on our laurels.”