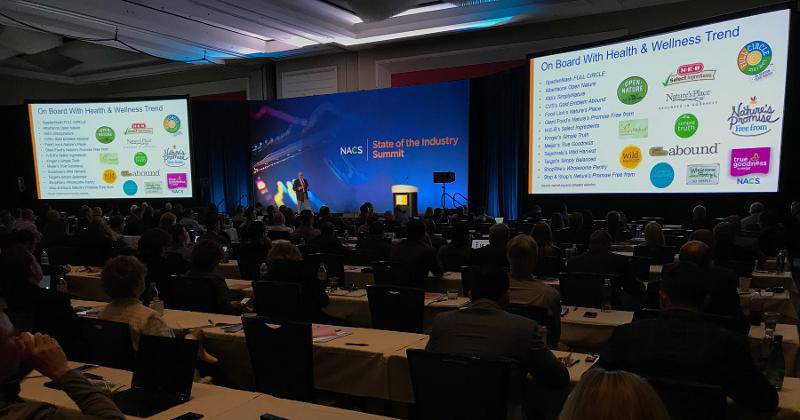 ROSEMONT, Ill. — The year 2018 in convenience stores was a series of positive trends offset by worrisome issues that may have retailers looking over their shoulders in the coming year and beyond.

On the plus side, total sales were up 8.9% to $654.3 billion. Fuel sales were up 13.2%, while inside sales held about even with U.S. gross domestic profit, up 2.2%. Also up: fuel margins, average gas prices and store associate wages.

On the other side of the coin:

"In a world where [most other channels of retailer] are down, our sales [per store per month] were up 9.9%, but our transactions were down 2.3%," said Billy Milam, chief operating officer of Atlanta-based RaceTrac, who presented the numbers during the NACS State of the Industry Summit in Chicago. "So we're selling more stuff to less people."

Click here to read more about the c-store top-line sales data. And click here for a look at category-specific numbers.

Here's an infographic from NACS that illustrates many of the trends affecting the c-store channel:

Convenience retail industry data was announced at the NACS State of the Industry Summit, taking place April 2-4 at the Hyatt Regency O’Hare in Rosemont, Ill. More than 600 leading retail and supplier company representatives are at the industry’s top conference for benchmarking and analysis of retail trends.

Alexandria, Va.-based NACS advances the role of convenience stores as positive economic, social and philanthropic contributors to the communities they serve. The U.S. convenience-store industry, with more than 153,000 stores selling fuel, food and merchandise, serves more than 165 million customers daily—half of the U.S. population—and has sales that are 11% of total U.S. retail and foodservice sales.