CHICAGO -- U.S. convenience-store retailers found themselves celebrating a 15th year of record in-store sales even as they struggled with a decline in foot traffic in 2017.

The industry brought in a record $237 billion in in-store sales and a fourth straight year of more than $10 billion in pretax profits, according to newly released NACS State of the Industry data, the convenience and fuel retailing industry’s premier benchmarks and key performance category insights.

At the same time, retailers saw consumers make one less trip per week to c-stores than in 2014, down to 2.6 vs. 3.6 visits, according to NACS Convenience Tracking data shared by Andy Jones, president and CEO of Sprint Food Stores, Augusta, Ga. “Even if we increase the market-basket spend, we can’t make up the spend from that lost trip," Jones said.

The industry’s numbers were announced during the NACS State of the Industry Summit near Chicago. The numbers show total industry sales up 9.3% to $601.1 billion, the bulk of the growth coming on the back of fuel sales, which grew 14.9% to $364.1 billion vs. 1.7% growth for inside sales to $237.0 billion.

But retailers believe they can do better.

"The economy is growing overall, but it's not being shared evenly," said Alan Beach, senior vice president of merchandising for 7-Eleven Inc., Irving, Texas, noting that consumers earning $50,000 or less have seen a decrease in discretionary spending over the past year, while those in higher income brackets have seen increases. "We need to become a better destination for more consumers in higher income demographics."

Jones said promising tailwinds such as low unemployment, interest rates and prices should have opened the door to a phenomenal year for retailers. "All those tailwinds should mean cash in [consumers'] pockets," Jones said. "We should have crushed 2017. We didn't. So what happened?"

Other factors, he said, kept consumers out of c-stores in 2017. These include:

Debt is also affecting trips: “Our customers are maxed out," Jones said. "Possibly, they’ve maxed out their ability to buy in our stores.”

"We want to become a destination for premium and value products," he said. "We need to do a better job with quality. ... We need to be more relevant by being faster to adopt new innovation." 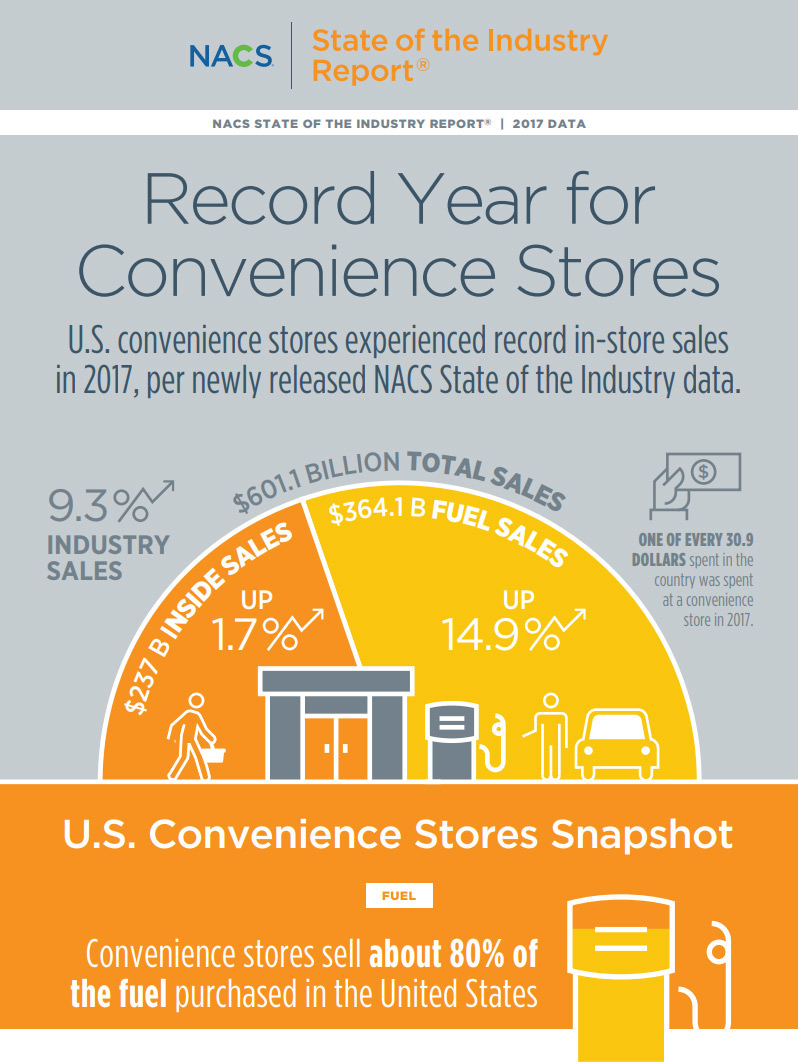 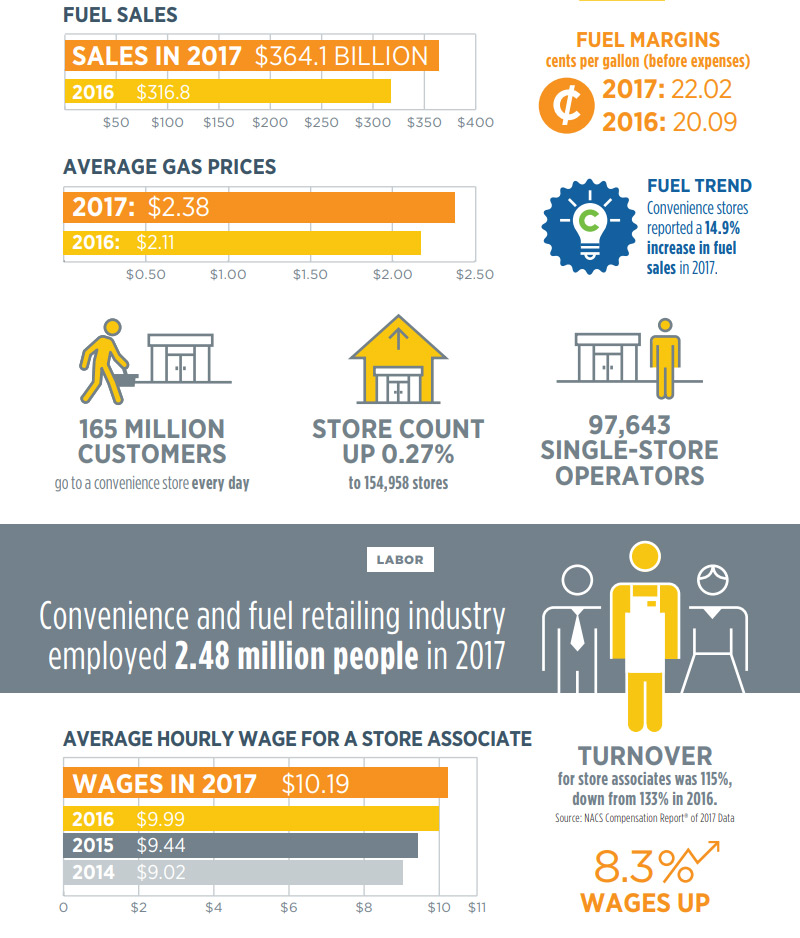 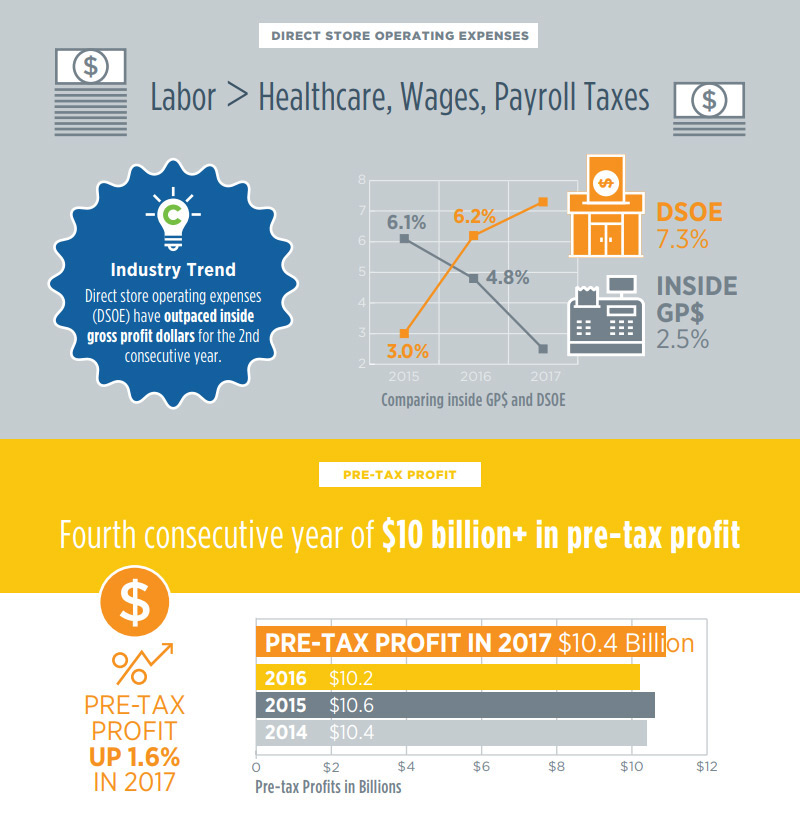 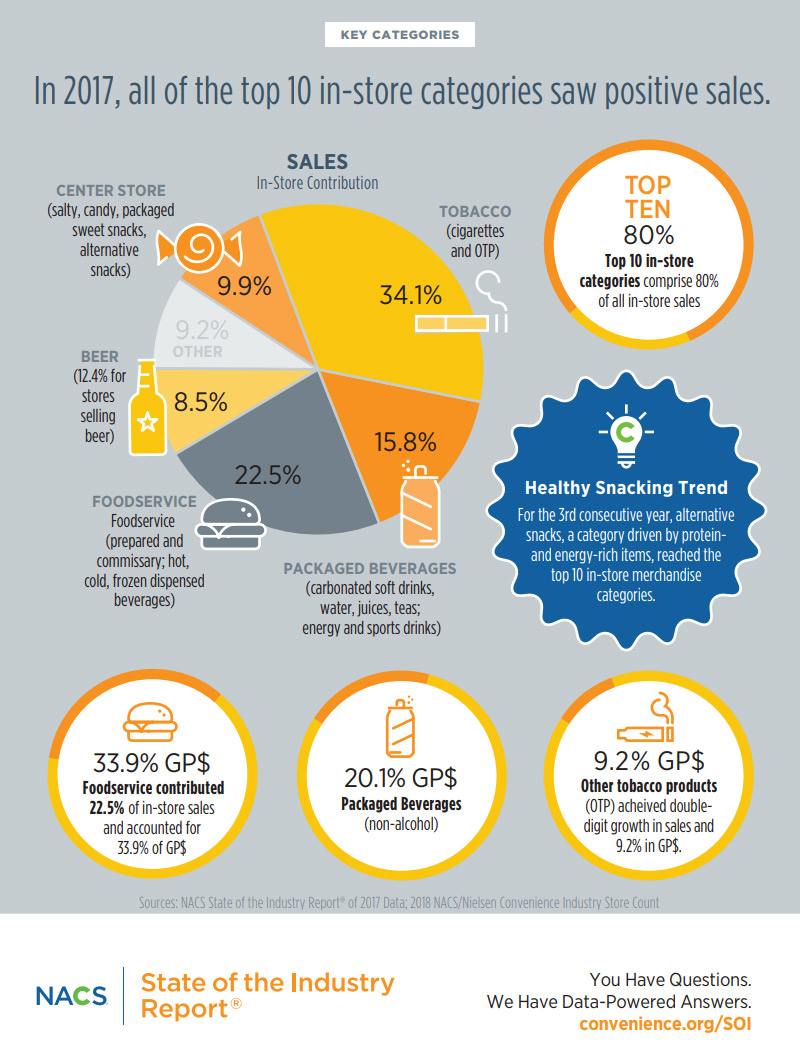 Click here for a complete overview of 2017 c-store sales.

And click here to see how the major categories performed in 2017.