NEW YORK -- For the first time in months, retail gasoline prices have fallen below $3 a gallon in some places, including parts of Michigan, Missouri and Texas. And the relief is likely to spread thanks to a sharp decline in crude-oil prices, said an Associated Press report. 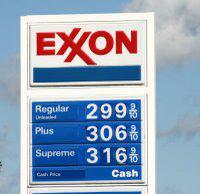 The national average for regular unleaded gasoline is $3.51 per gallon, down from a high of $3.98 in early May. Last week's plunge in oil prices could push the average to $3.25 per gallon by November, analysts said.

Economist Philip Verleger equated it to "a stimulus program for consumers," leaving them more money for clothes, dinners out and movies. Over a year, a 50 cents-per-gallon drop in gasoline prices would add roughly $70 billion to the U.S. economy.

Prices for oil, gasoline and other commodities dove last week along with world stock markets over concerns the global economy is headed for another recession. When economies slow, demand for gasoline, diesel and jet fuel falls as drivers cut back on trips, shippers move fewer goods and vacationers stay closer to home. Oil fell to $79.85 per barrel Friday, a drop of 9% for the week. Oil reached a three-year high of $113.93 on April 29.

Economists caution that gasoline savings, while welcome, won't matter much to people if the worst economic fears come to pass.

"Yes it produces some relief, your bill at the gas pump goes down, but it's going down because there are worries that people won't have jobs," James Hamilton, an economics professor at the University of California, San Diego, told the news agency. "The news has not been good."

And gasoline prices remain historically high, said the report. Gasoline has averaged $3.56 this year, the highest yearly average ever. Americans have cut back driving in the face of high prices, but they are likely to spend more on gasoline in 2011 than ever before--close to $490 billion, according to Tom Kloza, chief oil analyst at the Oil Price Information Service.

Kloza told AP that the latest drop in prices will stick around through most of the fall. And while that may only add $20 a month to a typical commuter's wallet, drivers say it matters.

Differences in state taxes explain much of the gap. Another factor is that most of the oil used by refineries on the coasts comes from overseas, making it far more expensive than oil piped to refineries in the middle of the country from places such as North Dakota and Canada. The coastal refineries must compete with the growing economies of Asia for shipments of oil.

Patrick DeHaan, senior petroleum analyst at GasBuddy.com, said that while he expects the national average to fall to between $3.25 and $3.50 between now and Thanksgiving, some areas could hit $2.50. He says prices in Lansing, Mich., and St. Louis had fallen below $3 already. A price war between filling stations near Bridge City, Texas, pushed prices to $2.62 last week.

"In some of these areas, prices are collapsing," DeHaan told AP.

The trend could reverse, analysts say, if the world economy does not descend into recession. That's because the growth in oil demand from China and other developing nations will more than make up for falling demand in Europe and the United States.

The investment bank Goldman Sachs forecasts that oil will rise to $120 per barrel within the next six months. That's a jump of 50% from last week's closing price of just under $80 per barrel.

"Whatever we see gas prices falling to, it won't be the new normal. It will be a launching pad for winter and spring prices," said Kloza.