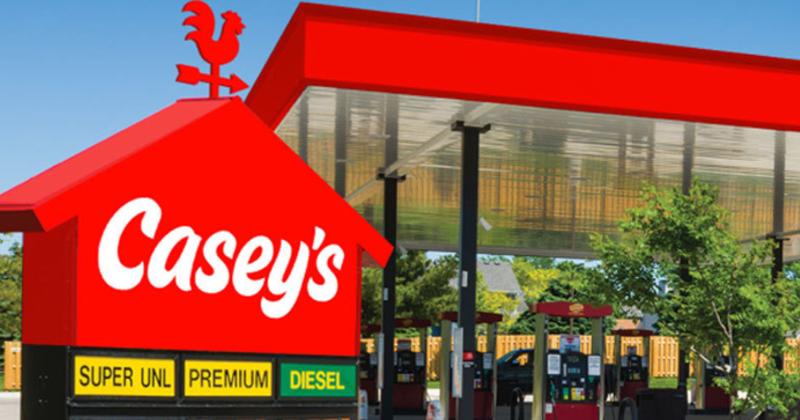 ANKENY, Iowa — Casey’s General Stores Inc. reported a solid 2023 first quarter, including a year-over-year jump in inside same-store sales of 6.3% and a total fuel gross profit of 31.4%, Darren Rebelez, Casey’s president and CEO, said during the company’s earnings call Sept. 8.

“Casey's delivered another strong quarter to its shareholders due to strong inside sales and robust fuel margin,” Rebelez said. “Inside same-store sales were driven by prepared food and dispensed beverages, most notably pizza slices, our refreshed breakfast menu, as well as cold dispensed beverages.”

Casey’s generated $153 million in net income and $293 million in EBITDA (earnings before interest, taxes, depreciation and amortization), a 20% increase over the prior year, Rebelez said during the call. The quarter ended July 31.

The margin on inside sales was 39.8%. Total inside gross profit increased 8.8% to $504.3 million compared to the prior year, Rebelez said.

“Food innovation remains a top priority at Casey’s,” Rebelez said. “This summer, we launched our newest specialty pizza, the delicious BBQ Brisket Pizza. Although we planned to make it a limited-time offering, we’re now keeping it on the menu due to positive guest feedback and strong demand that far exceeded our expectations.”

This fall, he added, Casey’s celebrates the 21st birthday of its breakfast pizza with a new limited-time Beer Cheese Breakfast Pizza made with Busch Light.

“Inside sales remain strong despite the challenging economic environment, driving inside gross profit up 9% to $504 million,” Rebelez said. “Our differentiated business model allows Casey’s to succeed in a variety of economic conditions through strong execution across grocery and general merchandise, prepared food and dispensed beverage, and fuel with support from store operations.” Total inside sales were up 10.7% in the quarter.

Rebelez added that inside same-stores sales were helped with “a strong performance in grab-and-go items, like pizza slices and breakfast burritos, as well as alcoholic and non-alcoholic beverages. We were able to offset some inside margin pressure in the prepared food and dispensed beverage category through strategic sourcing initiatives and the private label program in the grocery and general merchandise category.”

Same-store grocery and general merchandise sales were up 5.5% with an average margin of 33.9% compared to 33% for the same period a year ago, he said.

“This is a great start to the fiscal year as our guests navigated through accelerating inflation and high fuel prices,” Rebelez said. “Our procurement team and self-distribution network have allowed us to have better product availability than the prior year.”

In first-quarter 2023, total fuel gross profit increased 31.4% to $308.2 million year over year due to falling wholesale costs, Casey’s said. High fuel prices led to a 2.3% decrease in gallons on a same-store basis compared to the previous year, but total gallons increased 3.3% due to more stores.

Alcohol beverage sales remain strong as Casey’s continues to leverage its approximately 1,500 liquor licenses throughout its store base, Rebelez added.

In addition, he added, “The fuel margin environment was especially favorable in the second half of the quarter as wholesale costs declined from record highs. Our differentiated business model enables us to perform well in a variety of economic conditions, and we are confident in our ability to execute on our long-term strategic plan.”

Operating expenses increased 13.4% during the first quarter, with about 4% of the increase due to operating 74 more stores than the previous year, Casey’s reported. About 3% of the change is due to an increase in same-store credit card fees from higher retail fuel prices and 2% is from higher long-term incentive compensation. Same-store operating expense excluding credit card fees was up 2.6% aided in part by a 2% reduction in same-store labor hours.

Steve Bramlage, Casey’s chief financial officer, said during the call that Casey’s first-quarter total revenue was $4.5 billion, an increase of $1.3 billion or 40% from the prior year. In addition:

“Reported figures were helped by operating 3% more stores on a year-over-year basis, primarily due to the acquisitions which closed over the course of the prior year first quarter,” he said. “Generally speaking, our in-stock levels improved during the quarter versus the prior year, and that also helped reported revenue.”