WESTLAKE, Ohio -- During the truckstop company's fourth-quarter 2014 earnings call, TravelCenters of America LLC (TA) CEO Thomas M. O'Brien put off any talk of sale-leasebacks or the spinoff of its truck-repair business. But he did shed some light on an industry-specific perspective on acquisitions. 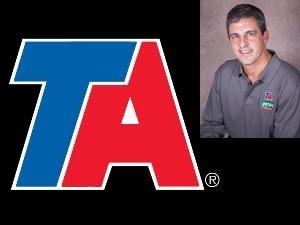 Responding to an analyst's question about TA shareholder RDG Capital Fund Management's February letter to the TA board recommending those actions, O'Brien said that in company's public disclosures and comments, "[We] have certainly characterized our own real estate as a potential source of liquidity," pointing to the "increasing operating results at those facilities. … Frankly, I think that's a wellspring of shareholder value creation, and so we regularly think about sale-leasebacks when that may be appropriate option for the company."

Regarding the truck-repair business, he said, "My view has been--and has been for a long time--that the best way for us to attract and retain customers and grow not just the size, but the depths of those customer relationships … is the way that we're doing it. I've talked about our integrated or full-service offering as a competitive advantage. … I think there's probably some pretty big risks that would stem from making our offer any less integrated than it is today."

Saying that TA's acquisition "pipeline is reasonably full," O'Brien also offered some unique insights in how a truckstop chain looks at acquisitions compared to a convenience-store chain.

He continued, "We've always kept a pretty good pipeline of potential internal growth acquisitions. And so … capitalizing on opportunities is not a new thing for us because now maybe we are more interested in c-stores than we were three years ago."

But TA isn't looking at network-building the same way most convenience-store chains do.

O'Brien said that while most companies in the convenience-store space seek a "geographic synergy that you get from not having 36 c-stores in 36 states, the truckstop chain's approach to geography is that its market revolves around not one central point, but "the interstate highway system, which is laid out in more or less straight lines across almost every state has at least two going North-South and two going East-West. So, we have to be everywhere, and I think that may afford us the opportunity to cast a wider net than some of those that are in the c-store space that are regional based, because generally speaking, we've got feet on the ground all over the place. And so, maybe that allows us to work on creating opportunities."

Results for the 65 locations TA has acquired during 2011 through 2014 continued to improve as the capital improvements at those locations were completed and their operations continued to mature. Capital improvements to recently purchased travel centers are often substantial and require a long period of time to plan, design, permit and complete, and once improvements are completed the improved travel centers require a period of time to produce stabilized financial results. TA estimates that the travel centers it acquires generally will reach stabilization in approximately the third year after acquisition, but actual results can vary widely from this estimate due to many factors, some of which are outside TA's control.