BOGATA, N.J. -- Wawa, QuickChek and 7-Eleven are targeting northern New Jersey for expansion. The region, they say, is home to large numbers of their most coveted customer demographic--the time-starved. 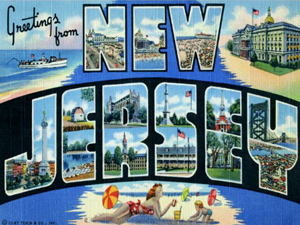 QuickChek has opened one of its largest new stores in a prime location in Wawa Inc. four weeks ago reintroduced its brand in Bergen County with a store in Lodi. Two more Wawas are scheduled to open in Bergen County next spring, in Hackensack and Garfield.

QuickChek and Wawa are aggressively seeking prime locations in Bergen and Passaic counties, said the report, and as they expand, they are changing the definition of convenience stores in North Jersey, adding stores that combine gasoline pumps with onsite quick-serve food counters.

The Wayne QuickChek includes a feature Durling plans to roll out to all of the company's 137 stores eventually--a Q Cafe where customers can order lattes and cappuccinos with customizable choices of type of milk or flavoring. It also has no-fee ATMs.

Both Wawa and Quick Chek have touchscreen ordering systems.

When the Wawa store in Lodi opened in the first week of October, customers began lining up about two hours before the 8:00 a.m. opening. "The customer demand there is amazing," Jim Shortall, Wawa's director of store operations for North Jersey, told the newspaper. He said the Lodi store already is outperforming many of the existing New Jersey stores in terms of the number of items sold, such as breakfast sandwiches or hoagies.

Wawa, based in Wawa, Pa., has 250 stores in New Jersey and 638 stores total. It recently expanded into central Florida, the farthest it has moved from its base in Pennsylvania.

At the 7-Eleven directly across Hamburg Turnpike, manager Mona Naik said she had seen a big drop-off in her business in the two days since the Quick Chek opened. "Everyone's curious to see what the new store is like and they are going there," she told the paper.

Most of the 7-Eleven stores in North Jersey do not have gas pumps. Quick Chek and Wawa are building all of their new stores with gas stations, because they consider them essential to the convenience store equation, said the report.