SAN ANTONIO -- Along with its fourth-quarter 2014 financials, Tesoro Corp. announced that it has fully converted its company-operated gas stations and convenience stores to a multi-site operator (MSO) model as of the end of the year. 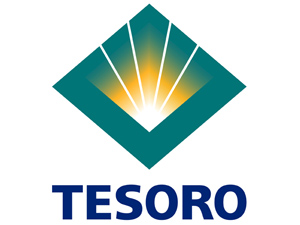 "We have agreements with independent business people. … We provide the gas and the pricing for the gasoline and they run the inside operations of the store," Gregory Goff, chairman and CEO of San Antonio-based Tesoro, said during the company's earnings call. "Last year at the beginning of the year, we elected to make the decision to take [the company] to a full MSO model, which we then completed at the end of December."

He added, "It has a slight improvement in profitability for us by operating the business that way versus us continuing to operate it. … The net impact from a company standpoint is a slight positive taking into consideration fuel sales, inside sales, and the cost from leasing stations and everything like that. "

Goff concluded, "You would not see a significant difference from the financial standpoint."

At yearend, the company had nearly 600 convenience stores under the MSO model, nearly 1,700 branded jobber and dealer sites for a total of approximately 2,275 sites under the under the ARCO, ampm, Shell, Exxon, Mobil, USA Gasoline and Tesoro brands.

The retail segment's record operating income in the fourth quarter of $195 million was a result of favorable market conditions resulting from strong demand and decreasing crude oil prices. The lower retail prices have resulted in strong consumer demand and sales from our ARCO network, and our expanding Exxon and Mobil retail network. Same-store fuel sales were higher during the quarter by approximately 1.5% versus fourth quarter last year.