BENTONVILLE, Ark. -- In a strategy shift away from small formats and toward e-commerce, Wal-Mart Stores Inc. recently shut down all 102 of its Walmart Express stores. 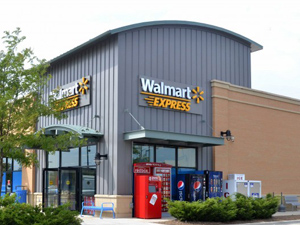 The approximately 12,000-square-foot Walmart Express stores opened in 2011 as part of an ongoing small-format rollout that eventually included one Walmart To Go and several Walmart on Campus locations..

Under U.S. divisional CEO Bill Simon’s vision, the Walmart Express stores would have low operational costs, and be tethered to supercenters, Walmart.com and instore pickup. Simon said building out that "ecosystems" was the key to unlocking future growth potential.

What miscalculations did Wal-Mart make with the Walmart Express concept?

1. Pricing strategy alignment. “Walmart Express appeared to be a misfit for the company, given its strategy be a price leader, which is largely dependent on scale and not suitable for smaller formats,” said a research note by online equity research service Trefis. “Wal-Mart’s focus on other alternatives will benefit the company in the long term.”

2. Supply-chain logistics. "Although it was expected that Walmart Express could be a growth driver for the company, it could not create a distinct identity for itself, and analysts feel that the company could not get merchandising right for this kind of a format, leading to shoppers using it more like a neighborhood market," said the Trefis note. "The plan to deliver a supercenter experience in a smaller format led to several logistical issues for the retailer and did not fit into is pricing model designed for scale, leading to the failure of Walmart Express."

A retired Wal-Mart executive told UALR Public Radio that small Walmart formats were operationally inefficient because they did not conform to the retailer’s traditional supply chain model.

Alan Ellstrand, a corporate management expert at the University of Arkansas, said given many of these Express stores were in rural areas, they provided a time and logistical distraction for the supercenters that were tasked with suppling on-demand inventory.

“Walmart openly acknowledged its struggles to manage everything from pack sizes to back room processes and transportation to urban locations. It was faced with operating a model that was more unique than synergistic with its core business,” Carol Spieckerman of Spieckerman Retail, told UALR. “The small-format landscape is also quite crowded with seasoned competitors such as dollar stores, drug retailers and hard discounters.”

At the same time, she said, Wal-Mart’s Neighborhood Market stores can easily fulfill its e-commerce aspirations by leveraging locations as pickup points for online orders.

“Taking a ‘medium/large’ approach to its format strategy rather than attempting to build a ‘small/medium/large’ fleet will drive more differentiation, and focus, for Walmart at the end of the day,” Spieckerman said.

3. Management changes. Some industry observers said a change in upper management is one reason Bentonville, Ark.-based Wal-Mart Stores got out of the small-format retail game, reported UALR.

Ellstrand told UALR since the small formats were tied to leaders that moved on--such as former Wal-Mart Stores CEO Mike Duke and U.S. divisional CEO Bill Simon--it’s not a surprise to see some of their projects abandoned.

“I view that as management incompetence,” Howard Davidowitz, chairman of Davidowitz & Associates Inc., a national retail consulting and investment-banking firm based in New York City, told the publication.

Wal-Mart did not assemble an adequate fulfillment infrastructure, or any other customized distribution and merchandizing mechanism, to support the new venture. “They got into the game late, and when they did, they were too incompetent to execute a successful strategy,” he said.

But not all industry observers were as critical of Wal-Mart's decision on the small-format stores.

“Large retailers, like Wal-Mart, are always trying new concepts,” George Pandaleon, president of Inland Institutional Capital Partners, told National Real-Estate Investor. “Wal-Mart is clearly committed to getting into locations that are closer to their everyday consumers. I think you can expect to see continued experimentation on their part.”