ALLENTOWN, Pa. – Making official a move announced in March, Joe Topper stepped down from his role as CEO of CrossAmerica Partners LP on October 1 with a retirement celebration Monday in Allentown, Pa., and at the New York Stock Exchange, where Topper rang the closing bell. 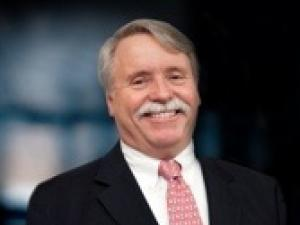 In 2012, Topper founded CrossAmerica`s predecessor Lehigh Gas Partners. In 2014, with the purchase of the general partnership by CST, the partnership was renamed CrossAmerica Partners. The partnership is a leading distributor of wholesale fuels as well as an owner of real estate and convenience stores throughout the United States.

"We are grateful to Joe for his leadership and vision in founding the business that has grown into CrossAmerica Partners," said Bergeron. "We look forward to strengthening the foundation he built and adding to his legacy. We also welcome his guidance on the boards of CST and CrossAmerica."

"As I step down as CEO of CrossAmerica, I feel confident the partnership is under strong management with Jeremy as president," Topper said. "CrossAmerica has had phenomenal growth and, as a board member, I am excited to help foster this growth into the future."

The company is affiliated with several major oil brands, including ExxonMobil, BP, Shell, Chevron, Sunoco, Valero, Gulf and CITGO. CrossAmerica ranks as one of ExxonMobil`s largest distributors by fuel volume in the United States and in the top 10 for many additional brands.

A Look Inside the M&A Strategy of CST-CrossAmerica

An MLP Pioneer Passes the Torch