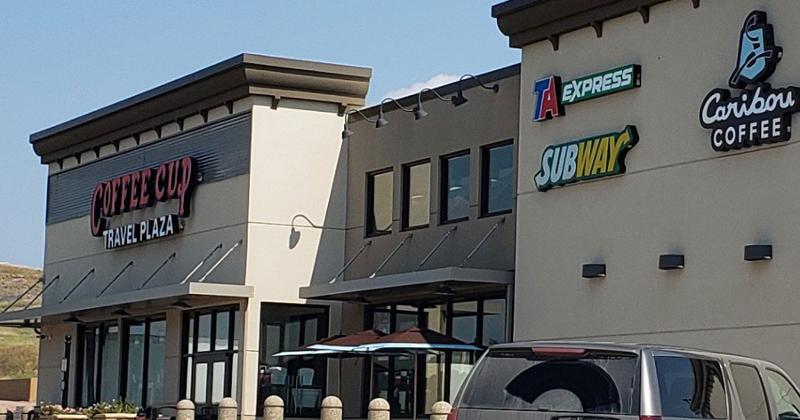 WESTLAKE, Ohio — TravelCenters of America Inc. has opened its next TA Express franchise location and signed on another franchisee.

“We’re thrilled to announce the opening of another TA Express in this region, providing professional drivers with all the amenities they’re looking for while on the road,” said Barry Richards, president and chief operating officer of TravelCenters. “The Coffee Cup Fuel Stop locations are a great addition to our TravelCenters of America family, and both teams have worked hard to ensure a seamless branding transition.”

TA and Heinz announced the franchise partnership in February 2019.

Separately, TravelCenters of America plans to add a new location in Salina, Utah, through a franchise agreement with Kishor Koladia and Dahyalal Gajera. The 9-acre site is an Xpress Fuel Stop. The company will convert it to a TA Express in late October 2019.

“We recognized a need for drivers in this area to have another location they can stop at to refuel, replenish and refresh. The Salina site adds a significant brand presence in central Utah along I-70,” Richards said.

“We are thrilled for the opportunity to join a highly respected and successful company like TravelCenters of America,” said Kishor Koladia.

“Being a part of the TA network will allow us to better serve our customers, providing more options including fleet fueling and some of the best amenities on the highway," said Dahyalal Gajera. "We’re proud of the business we’ve built and run for more than a decade and are excited for this next venture.”

TravelCenters of America, based in Westlake, Ohio, has more than 260 retail locations in 43 states and Canada under the TA, Petro Stopping Centers and TA Express brands. It is No. 29 in CSP’s2019 Top 202 ranking of convenience-store chains by size.

Why TA Is Stepping Away From Convenience Stores