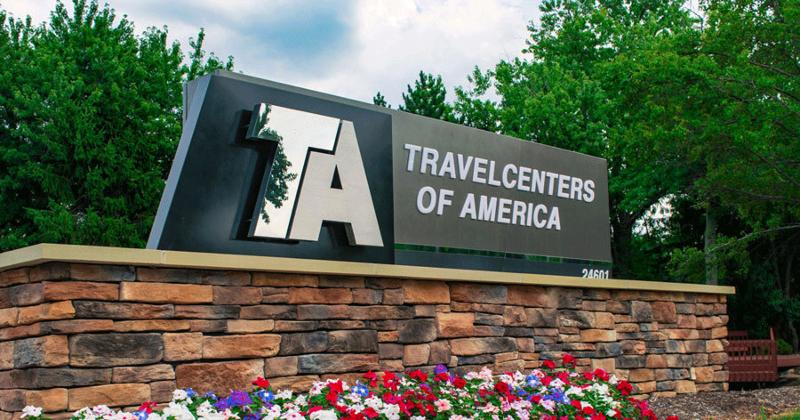 WESTLAKE, Ohio — TravelCenters of America Inc. (TA) has initiated a companywide reorganization, which it said is a key step in its strategic, long-term plan to improve operational efficiency and profitability. The plan includes leadership changes with the addition of new senior vice presidents for a newly created hospitality department, under which the company will consolidate the areas of convenience stores, restaurants and gaming. It also includes leadership changes in information technology.

TA has appointed a new senior vice president of corporate development, a new department initially tasked with delivering on the company’s reorganizational initiatives. Key among these initiatives is the creation of a centralized procurement group to drive economies of scale in pricing, provide increased leverage in vendor negotiations and lead to purchasing savings and a streamlined operation. Other key initiatives focus on areas of opportunity for costs savings and increased revenues, including c-store merchandising, over-the-road delivery, truck repair training and staffing and IT systems.

The company's new senior leaders have decades of valuable experience as well as initiative, critical skills and new visions and approaches to critical but underperforming areas of TA’s business. In addition, as part of its reorganization plan, TA is reducing its corporate headcount by a total of approximately 130 and eliminating certain positions. The company said it expects the one-time cost associated with executing the reorganization plan to be approximately $4.2 million. It said it expects these changes to generate net annual savings of approximately $13.1 million in selling, general and administrative expense (SG&A).

In mid-April, TA furloughed approximately 2,900 field employees, as well as 122 corporate employees, as a result of the closures of its full-service restaurants, the company announced in a business update related to the COVID-19 pandemic.

“I believe that this plan will result in major changes in efficiencies and improvements to TA’s business and position it well for future success,” said Jon Pertchik, CEO of TA.

“Since joining TA in December, I, together with TA’s senior level management, and under the oversight and direction of TA’s board of directors, have been focused on developing a plan to cost-effectively optimize the strengths of our organization in order to transform the company,” Pertchik said. “By reorganizing and enhancing our leadership team, we have taken the first formal steps in executing TA’s turnaround by repositioning management, redefining management roles and operating focus, and strategically adding new management who bring new and valuable experiences, skills and outlooks to TA, while also focusing on right-sizing historical SG&A growth, which has significantly outpaced revenue growth over the past decade. I am confident that the team that we now have in place is the one to take TA forward.”

Founded in 1972 and based in Westlake, Ohio, publicly traded TA has more than 260 travel centers in 44 states and Canada, principally under the TA, Petro Stopping Centers and TA Express brands. It offers diesel and gasoline fuel, truck maintenance and repair, full-service and quick-service restaurants (QSRs), car and truck parking and other services and amenities for professional drivers and the motoring public. TravelCenters of America operates nearly 650 full-service and QSRs and 10 proprietary restaurant brands, including Quaker Steak & Lube, Iron Skillet and Country Pride.

TravelCenters of America Furloughs More Than 3,000