UPDATE: Two more gas stations have closed in Schuylkill County. An ExxonMobil in Frackville, Pa., and a Valero in Shenandoah, have signs on their doors announcing the closures, although Valero said it is closed for inventory, reported The Republican Herald. 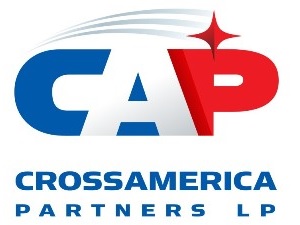 Pete Waldron, public affairs spokesperson for CrossAmerica Partners, which owns the gas station properties and tanks and leases them to the operator, would not confirm that the dealer who operated the other four stations was the same one who managed these two. He said that the dealer of the other four stations did not want to operate them any longer, so the businesses closed.

"We are working on getting these stations opened," Waldron said.

Pete Waldron, public affairs spokesperson for CrossAmerica, told the newspaper that the gas stations closed "within the last two weeks."

One dealer, whom Waldron declined to name, operated all four locations. "They don't want to be involved anymore," he said about the former operator. "We are working on trying to get another dealer to operate those sites."

The Pottsville gas station has not been selling fuel because the underground storage tanks were reported as "taken out of service," Colleen Connolly, community relations coordinator for the northeast region of the state Department of Environmental Protection (DEP), told the paper.

Connolly said the DEP has not been notified the tanks are shutting down, which must be done within 30 days.

The gas stations' pumps had rejection stickers from the state on them. Samantha Krepps, press secretary for the state Department of Agriculture, told the paper that the rejection stickers were displayed on the gas pumps once the department noticed they were closed. The next dealer cannot operate them unless he contacts the department so the stations can be re-inspected, Krepps said.

"I'm not aware of any other issues," Waldron said about the red stickers.

The other three gas stations passed their inspections in September, said the report.

The partnership has long-term established relationships with several major oil brands, including ExxonMobil, BP, Shell, Chevron, Sunoco, Valero, Gulf and Citgo. CrossAmerica Partners ranks as one of ExxonMobil's largest distributors by fuel volume in the United States and in the top 10 for many additional brands.