Since 2011, Pir has been the chief operations officer of the company, where he streamlined business processes and implemented cost control measures, enhancing operational efficiency and driving profits. 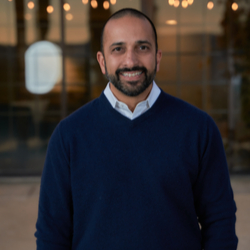 “I am honored and excited to assist Vintners and Loop in furthering the vision and mission of the companies through the communities we serve,” said Pir. “With almost a decade of experience at brands, I feel as though I have attained the skills and knowledge necessary to lead the company into one of the premier destinations in the convenience-store category.”

Pir has operations experience running a $1 billion, 804-store division and achieving consistent annual increases in sales and profits, the company said. As an expert in retail operations and supply chain management, he uses his leadership skills while managing the creative process, motivating and empowering team members and augmenting strategic plans, it said.

“Pervez is a talented leader who knows the business and has been integral to our growth,” said Vintners and Loop CEO Varish Goyal.

“Our operations group is critical in delivering quality, consistency and retail success as we grow,” he said. “We have exceptional teams of highly skilled professionals, and under Pervez’s leadership, our future is very bright.”

Prior to working at Loop Neighborhood Marketplace, Pir worked as the executive vice president for Famima USA, Torrance, Calif., and the director of marketing and merchandising for Pacific Convenience & Fuels, Pleasanton, Calif.

Nick Goyal, working in San Francisco as a mechanical engineer, broke ground in the fueling industry with a single Arco station in Oakland, Calif., in 1978. Goyal grew within the Arco franchise for several years before working with Shell Oil during the mid-1980s. Goyal grew as a lessee dealer and contract operator for Shell Oil until 1995 when he built his first fuel station in Southern California, which began Vintners Distributors. Between 1995 and 2007, Fremont, Calif.-based Vintners built a portfolio of more than 25 locations. Loop now has 48 stores across Northern and Southern California.