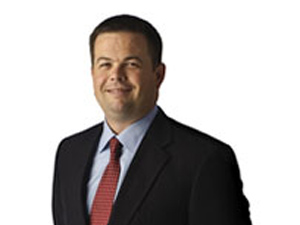 Casey's has pursued growth and profit drivers on multiple fronts. Johnson highlighted the chains' new pizza delivery offer. Despite concerns that it would cannibalize sales from Casey's carryout business and hurt store traffic, delivery has actually lifted carryout. The chain "believes it is reaching a new customer with pizza delivery and this is also part of the reason it's exceeded expectations," said Herzog. "Online delivery could further boost the business if [Casey's] decides to implement it."

As Casey's expands into new markets, it will most likely be through ground-ups rather than acquisitions, Johnson said. This is partly because the chain has seen more "tired" assets

than expected as it has expanded into markets such as Arkansas and Tennessee.

But the chain continues to be open to acquisitions, with the environment as "strong as it's been" with trailing EBITDA multiples still in the 5x to 7x range. At the same time, it is bullish about remodeling stores, which it sees as a major growth driver, able to provide higher incremental returns compared to a new build.

Casey's Pizza Express concept that opened this past summer was designed to take on additional pizza demand from a nearby store; while there are not plans to grow the concept, "this could be an avenue to address potential need in other markets where the Casey's General Store is overwhelmed by pizza demand," Herzog said. The retailer plans to open 50 new pizza delivery sites in 2013 for a total of around 400 stores.

And despite the health and wellness trend, Casey's continues to grow doughnut and pizza sales, said Johnson. In fact, sales for its breakfast pizza have not slowed despite the flurry of new breakfast bars and shakes hitting the market.

Casey's partnership with Hy-Vee in the Fuel Saver program, which offers Hy-Vee shoppers fuel discounts at Casey's if they purchase certain grocery items, has been a success, said Johnson, driving stronger comps than non-Hy-Vee stores where gasoline comps are in the 1% to 1.5% range. The program is in effect at 1,200 stores, with 900 "having a material overlap," according to Herzog. The chain can strike more partnerships with retailers that do not compete directly with Hy-Vee, but has not found "the right fit."

And in tobacco, Casey's has continued to tweak its offer. For example, while the chain initially resisted the Marlboro Leadership Price (MLP) program, it has since signed up about half of its stores. The chain also sees potential for e-cigarettes, and offers blu, FIN and NJOY.