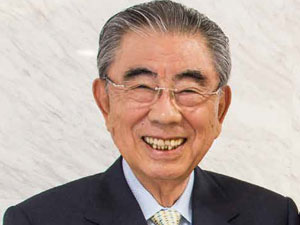 The 83-year-old executive, who pioneered 24-hour convenience stores in Japan, said he decided to quit after a board meeting in which he failed to garner enough votes to replace the president of convenience-store unit Seven-Eleven Japan.

"It is my lack of virtue and I am unbearably ashamed," Suzuki said at a news conference as the reason for his resignation, according to a Reuters report. "I was supposed to attend an analyst meeting tomorrow. But I cannot go there and explain this year's prospects anymore after I decided to quit."

He did not elaborate.

Tokyo-based Seven & i and Irving, Texas-based 7-Eleven Inc. did not respond to CSP Daily News requests for comment.

Seven & i has been the target of activist investor Daniel Loeb. His hedge fund, Third Point LLC, wants Seven & i to jettison its underperforming non-convenience big-box and department store businesses. Loeb, however, was not agitating to remove current management, but rather to keep it in place. Upon hearing rumors last week of the “imminent removal” of Ryuichi Isaka as president of the Seven-Eleven Japan unit, Seven & i’s major profit driver, Loeb wrote to the board to urge his retention, said a Wall Street Journal report. He also raised concerns over rumors that Suzuki planned to appoint his son as successor.

The board elected to keep Isaka in place. Of 15 board members, including four outside directors, seven voted in favor of the proposal and six voted against it, Reuters said. But with two casting blank votes, the proposal did not garner a big enough majority.

"I don't care about the breakdown of the votes, I consider I have lost the confidence of the board when no votes were cast by inside directors," Suzuki said. "I am not going to name my successor."

The effect--if any--of the shakeup at the company's highest level on 7-Eleven Inc. corporate and the daily operation of its U.S. convenience stores is unclear. The reasons behind it reflect the universal realities of the economics of competition among retail channels and online, according to the Journal.

Under Suzuki, Seven & i has aggressively acquired other retailers, including department stores and a baby-goods chain, while retaining the money-losing chain of big-box stores called Ito-Yokado, which founder Masatoshi Ito built on a U.S. model selling groceries, clothes and household items, said the Journal.

The company's non-convenience businesses are barely profitable or losing money, and the market basically ascribes them zero value, said the Journal. This is why Seven & i’s stock has lagged behind those of more focused c-store peers FamilyMart and Lawson, the report said.

Downsizing and divesting itself of these businesses should add value, said the newspaper. The department-store business model is under threat from specialty stores and online retailers and has sucked resources from the convenience business. Convenience stores are more insulated from these trends, "given that people don’t order hot coffee or Slurpees from Amazon."

Suzuki is a legendary figure in Japan's retail industry. He brought the 7-Eleven franchise to the country in the 1970s and later took over its U.S. parent.

Japan's first 7-Eleven convenience store, operated by Seven-Eleven Japan Co. Ltd., opened in 1974. In 1991, the Japanese company then known as Ito-Yokado acquired The Southland Corp, Dallas, the U.S. operator of 7-Eleven stores. Today, the global 7-Eleven business is fully owned by Seven & i Holdings, with its more than 58,000 convenience stores in Japan, North America, China and elsewhere.