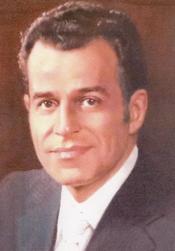 "He was a very, very smart businessman," his son Joseph Helow told the Florida Times-Union.

At one point, Zippy Mart was the largest solely owned convenience store chain in the country, according to the report. In a 1976 interview with the Times-Union, Helow credited much of his success to the fact that revenues could be used for expansion rather than stockholders' earnings since it was solely owned.

His c-store career began in 1960 when he invested in Paks stores with Ed Pack, for whom the chain was named. By 1965, they had six locations in Miami and seven in Jacksonville.

"He was frustrated because he thought they were growing way too slowly and saw a real opportunity to expand these stores," his son said.

So Helow bought out the Jacksonville stores and changed their names to Zippy Mart. He increased fast-food and sandwich service as well as self-service gasoline dispensers, long before most chains. His stores also were about 400 square feet smaller than most, and he was one of the first to use four-foot shelves so clerks could view the layout.

He served as president of the National Association of Convenience Stores (NACS) in 1977.

His president's address a year later was considered one of the best ever delivered at a NACS closing banquet, the group added. As NACS entered its 16th year, Helow's speech, "Sweet Little Sixteen," compared the maturation of the industry to that of a person, which was a prescient look at the industry's future.

Helow later told NACS: "I began to realize that we had some issues that were probably paralleled to what an average child or girl or person would have at that age. It was a beautiful age; however, it's an age when people are now looking to be more responsible than they have been. And then I thought, isn't that something similar to what we're going through? The first 10 to15 years, we've gone helter skelter to open stores like there's no stop to it, and all of a sudden we've reached a point where we're reaching maturity in many markets. … That was an ideal time to, in retrospect, begin to [look at] our internal operations."

Helow also was a philanthropist who started the Margaret and George Helow Family Foundation, which helped the needy, Catholic Charities and the Catholic church.

In lieu of flowers, the family requests that donations be made to Catholic Charities or the Diocese of St. Augustine.

CSP sends condolences to his family, friends and colleagues.