If you weren’t on the show floor or networking, you may have missed some big topics of conversation: 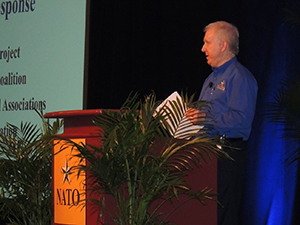 It’s no surprise that cigarettes were the talk of the NATO Show. After years of “inevitable” declines of 2% to 4%, the category in 2015 was more or less flat. Nielsen showed a 0.6% decline in cigarette sales, while MSA data suggested total nicotine sales at convenience were actually up by 1%.

Don Burke, senior vice president of Pittsburgh-based Management Science Associates (MSA), also zeroed in on the uptrading trend. For example, MSA data showed little and filtered cigars were down 10% in 2015 due, Burke said consumers trading up to cigarettes.

Herzog pointed to trends in the cigarette category as evidence that consumers are using extra money from gas and an improved economy to treat themselves: Premium cigarettes are declining at a much lower rate than value brands.

“This is something that’s happening across many categories I cover, including beer,” she said.

While many people have credited the improved cigarette environment to falling fuel costs, MSA backed the theory up with numbers. From September 2015 to December 2015, consumers spent 19 cents less on gas but 13 cents more on tobacco, MSA found. Only lottery benefited more: It was up 26 cents, thanks to Powerball hitting $1 billion late last year.

Lower gas prices, however, did not positively affect every category. “As gasoline prices declined, so did the vapor category,” Burke said.

If cigarette sales were the surprise high point of 2015, vapor sales were the unexpected low. After years of double-digit growth and expansion, MSA showed vape volumes were down 11% across all channels over the past year (down 15% in c-stores and 25% in tobacco shops).

“A lot of stores are starting to get out of this category,” Burke said.

Even the normally “bullish” Herzog had to admit something is amiss. “Volume is still increasing—it’s just decelerating,” she said. “But without a catalyst, there are risks for this category. The wait for deeming is causing a kind of paralysis.”

Still, a number of vaping manufacturers and advocates insisted the numbers do not accurately reflect what’s really going on in the category, in part because companies such as Nielsen and MSA do not track internet and vape-shop sales.

“We are in the middle of a revolution of the total tobacco space,” said Canning, managing partner of Gardiner, Maine-based Pine State Trading Co. “It’s impossible to develop a vapor strategy without understanding the data.”

The Problem of Social Sources

Initial data from the FDA’s long-term Population Assessment of Tobacco and Health (PATH) study suggests the vast majority of minors who are accessing tobacco are not buying it from retailers but from “social sources” (older siblings, friends, parents or even strangers).

“Social sources are a very important issue to reduce youth access to tobacco,” said Tom Briant of NATO. “We look forward to FDA stepping in to educate adults about not being a source of tobacco [for minors].”

Though the director of the FDA's Center for Tobacco Products Mitch Zeller agreed that social sources are a big problem, he didn’t quite have an answer for how the FDA would go about addressing it.

“Youth access is not just about retail,” he said. “What we’re going to do about social sources is a very good question, and we are open to suggestions.”