The meat-snacks category is getting crafty. 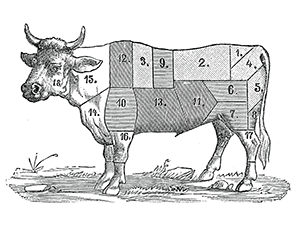 Exotic flavors, culinary alliances and new rollouts across the meat-snacks segment are driving category intrigue and growth. This grass-roots mystique is the same thing that propelled craft beer and craft soda. It is taking meat-snacks sales and product innovation to new heights as both established and populist brands cater to new core users, touting grass-fed, nitrate-free, portability and protein advantages.

“Field Trip is very personable. The story goes that three guys from New York started making jerky and selling it on bikes door to door,” says Patsy Varpula, center-store category manager for Fabulous Freddy’s, which has eight stores in Nevada and Utah. “It’s a great narrative that people love to hear about. We’re adding it to the mix when we execute our 2017 category reset.”

About 1,500 miles away from Sin City, Hallettsville, Texas-based retailer Randy Morton honors one meat-snacks brand—Outlaw Jerky—in a state where folks are serious about quality, farm-raised beef.

At his store, called Morton’s, people aren’t looking for “mixed-up varieties with added ingredients, but pure premium meat snacks,” he says. Morton has made the jerky, which is from locally owned independent slaughterhouse Glenn’s Meat Market, the centerpiece of his section: “It is all about simple ingredients with beef, pork and water. We sell lots of it.”

With category activity amplifying, the meat-snack narrative pits traditional options, led by stick brands from major players, against new-age offerings from smaller, artisan companies including the aforementioned Field Trip and Outlaw Jerky, plus Old Trapper. In some cases, major brands are getting into the small-batch artisan game themselves.

“Many offer unique flavor profiles and a variety of meat bases,” the Mintel report said. “These smaller brands may be better poised to experiment with nontraditional retail channels, including gyms and sporting goods stores. Online retailers also offer smaller companies an opportunity to establish a presence without the cost of in-store slotting fees.”

Innovation appears to be proceeding unabated in 2017—and brands will find opportunities beyond nontraditional channels, with convenience retailers seizing the opportunity. In short: meat, meet moms and millennials.

“Customers bought meat snacks because they have a nice protein delivery and portability,” says Varpula of Fabulous Freddy’s. “If the jerky industry is going into more of a craft setting, millennials will eat it up.”

Making female consumers core c-store shoppers is high on operators’ wish lists, and integrating new-age meat snacks is a part of that mission. It’s part of the shift away from “Bubba” and toward “Barbara,” according to Greenwood Village, Colo.-based Perky Jerky.

“The female consumer is going to turn around and look at that ingredient label, and that means simple ingredients and not preformed machine-cut jerky,” says retailer Morton.

Alan Tobin, senior manager of category strategy and insights, c-stores, for Krave Pure Foods, a unit of The Hershey Co., Hershey, Pa., says “better-for-you, artisan brands have brought in a whole new consumer. Traditional mainstream jerky tends to skew more male than female, but better-for-you, artisan jerky is close to a 50/50 split between male and female.”

To stand out from all that product innovation, Krave formed a partnership with the Culinary Institute of America to launch new Krave Sticks, a meat-based snack layered with beans and sweet potatoes.

Innovation in the category is also viewed as representing an incremental dollar- and unit-sales boost. “We don’t see new, unique flavors as ones eclipsing or even directly competing with the original jerky brands. We know that very often these [new-age] consumers did not have traditional meat snacks in their consideration set” until they stumbled upon the new innovation of varieties, says Chambers.

Perky Jerky is singularly focused on the female demographic. The brand boasts a 58% female consumer base in an industry that’s been nearly 80% male-dominated for several decades. It does so by leveraging its lean protein snack, which is softer and more flavorful due to the company’s proprietary marinating process.

Kent, Wash.-based Oberto is also looking to attract new consumers, positioning its product line as “fuel for physically active men and women.” A recently featured “You Get Out What You Put In” campaign in videos on social media resonated with users who might have been on the fringe.

In an eff ort to branch out and better compete with the new-age meat-snacks movement, and motivated by increasing demand for grass-fed beef, Jack Link’s, Minong, Wis., which holds a 45% market share, launched a meat-snacks brand in 2016 called Lorissa’s Kitchen. The grass-fed line of bite-size meat snacks is aimed at the undertapped market of young female consumers, according to Gracia Pratt, director of marketing, superpremium brands, for Jack Link’s Protein Snacks.

“We had an incredibly successful launch of Lorissa’s Kitchen as clean, responsibly sourced products are resonating with the targeted female consumer,” Pratt says. Jack Link’s is also launching an extra-tender product in 2017 and adding occasions to the category with its first-ever breakfast entry: Jack Link’s AM breakfast and sausage.

While new small-batch offerings are filling the category pipeline, traditional flagship flavors will continue to face a mandate to stay relevant.

The top two brands in the meat-snacks category claim more than 70% of the IRI-trackable share, “and that is not a position they will concede without a fight,” says Adam Beane, senior brand manager for Chicago-based ConAgra Brands’ Slim Jim.

“What remains to be seen is how far these new brands can go to attract new consumers to the category,” Beane says. “That is what will ultimately determine their ceiling.”

The smaller brands come equipped with everything from narratives to new recipes. Fabulous Freddy’s brought in Old Trapper late in 2015—10-ounce bags of jerky “at a steal of $10.99,” says Varpula. “It’s an excellent quality product, and a significant amount of jerky that won’t break the bank. We’ve worked closely with our broker representing Old Trapper to gain some savings and pass it along to our customers.”

Each Fabulous Freddy’s store has a spinner rack for its four varieties (teriyaki, old fashioned, peppered and spicy). It is filled with 12 bags of each flavor.

Chicharonnes (cracklins, fried pork skins). “We carry chicaronnes as we find they go well with jerky because of their low-carb nature, but customers can still get the crunch and salt they’d like out of a chip,” Varpula says. One popular offering is from San Francisco-based 4505 Meats, which gets rave reviews with its lighter-than-air Original Style Chicharrones—or “crispity clouds of porkaliciousness,” as the company describes it.

A cheese-and-meats pack. Hillshire Snacking products are being integrated within Fabulous Freddy’s fresh cooler in the near future. “I call it an ‘adult Lunchable’ that appeals to those conscientious millennials,” Varpula says.

Amid all this innovation, retailers are poised to step up their game—but not by de-emphasizing traditional brands in their mix. “Looking over our product sales over the last year, our customers aren’t as adventurous as some convenience-store patrons,” Varpula says. “Unique flavors have not done well in our store; we’ve gone as far as to pull them from our jerky sets. Our customers seek more tried-and-true flavors, like teriyaki, original and pepperoni.

“Traditional flavors will always hold a place as the originators of ‘original’ and ‘teriyaki,’ which leaves room for other companies to create these craft jerkies that can be incorporated into our sets.”