By the numbers, 2015 was not a great year for the e-vapor segment. 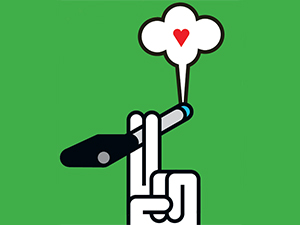 Even the most vocal advocates acknowledge something is afoot. “I’m still optimistic over the long term,” says Wells Fargo senior tobacco analyst Bonnie Herzog. “But there are certainly some headwinds right now.”

Nielsen’s bad news continued into the new year. Not only were c-store dollar sales down by nearly 18%, but units also fell 7.9% for the four weeks ending Jan. 23, 2016. (See related chart below.)

Though still an important part of VERC Enterprises’ business, e-cig sales have flattened or declined, says Anna Bettencourt, category specialist for the Duxbury, Mass.-based company. However, “we’re still seeing the vape end of it very strong,” she says.

Herzog has been quick to point out that traditional data sources such as Nielsen do not measure “equivalent units” (i.e., one refill cartridge equals one disposable e-cig equals one milliliter of e-liquid) and do not track online or vape shop sales.

“The perception is the category is suffering,” she says. “While it’s decelerating, I don’t think it’s as bad as something like the Nielsen numbers would suggest. Nielsen’s not capturing what’s happening in vape.”

This is problematic, given the fact that Herzog says there’s “no question” consumer preferences are pivoting from cig-alikes toward larger, more technologically advanced vaporizers, tanks and mods (VTMs).

Can innovation turn around the deceleration of the e-cig category? Herzog believes so: “There’s still an opportunity.”

For analysts such as Herzog, manufacturers and retailers alike, the importance of vapor innovation is vital, especially when it comes to reigniting sales.

“Half of all smokers have previously tried e-cigarettes and not been satisfied,” says Gal Cohen, head of scientific and regulatory affairs for PAX Labs Inc., San Francisco. “There is a lot of historic skepticism that we have to break through.”

It’s easier to get over this hurdle with vaporizers and tanks, Bettencourt says, because they look very different than e-cigarettes.

“E-cigarettes—they all kind of look the same,” she says. “So if a customer tries one and doesn’t like it, they’re not going to try any others. Vaping is very different; you can get a huge device or something small and portable. The consumer is able to personalize their vaping device for what works for them.”

“Innovation is up there as one of the key reasons consumers are disenchanted to some extent with the e-cig/vapor category,” says Herzog. “While the innovation is good, it needs to continue to evolve and improve.”

And improve it has. Though much of the innovation has taken place in vape shops—where consumers are typically more willing to spend the dollars required for cutting-edge products—2015 saw a number of new-product launches aimed at the c-store market, such as the Craft Collection subohm and premium e-liquid line from Mistic E-Cigs, Charlotte, N.C.

“This is the next ideation of vapor technology,” says John Wiesehan III, Mistic’s vice president of sales. “Is this the end-all-be-all technology? Probably not. But it’s progressing the technology in a fashion that keeps the consumer interested.”

Herzog has also pointed to JUUL from PAX Labs as an example of a less traditional but innovative product drawing consumer interest. Cohen describes JUUL as a “micro-tank” that better mimics the combustible experience through the patented use of nicotine salts in the device’s e-liquid formulation, resulting in what he calls a “game changer” for consumers.

Assuming the U.S. Food and Drug Administration’s (FDA) deeming regulations allow for continued innovation, there are a number of exciting products in the works. Herzog cites heat-not-burn technology, such as the iQOS product Philip Morris International is testing in Italy, Japan and other markets, as “quite promising.”

“This is the exciting part,” she says. “We’re just getting started and we’re already seeing dramatic improvements in terms of innovation.”

But retailers are not necessarily embracing every new product with open arms. And for good reason. “The c-store channel has had its fair share of challenges,” Wiesehan says.

One major challenge is regulatory uncertainty. What good is an exciting and innovative new product if it’s doomed to be pulled off the shelves once FDA regulations go into effect? (The final regulations had not been announced at the time this article was written.)

“[Some retailers] are reluctant about investing heavily because the uncertainty level is so high,” says Herzog. “It’s a valid concern.”

Cost is another hurdle: The latest technology doesn’t come cheap. And while consumers might feel comfortable dropping several hundred dollars on the newest iPhone, the average customer doesn’t walk into a c-store expecting to spend anywhere near that much.

The biggest obstacle Wiesehan has faced with bringing in Craft Collection is space.

“We are struggling with retailers being able to find the space because of all the old stuff,” he says. “If it hasn’t sold in two years, it’s not going to start selling now. The industry has shifted so much, the products are so far antiquated from where they need to be today.”

That hits on another major problem. Many retailers have been burned in the past, bringing in products that didn’t sell, with some manufacturers refusing to accept returns. Bettencourt admits this has happened to VERC, though she opted not to “name names.”

“We’re much more cautious in how we approach contracts and guarantees,” she says. “But you still have to take a chance.”

The good news is retailers who are taking a chance on innovative vaping products have reaped the rewards.

Cohen says JUUL is “posting amazing growth and momentum” for retailers such as ExxonMobil, Circle K, Speedway and Sheetz, pointing to IRI data showing starter kit sales were up 54.1% and refill pods were up 139.1% over the 24 weeks ending Dec. 27, 2015.

Craft Collection data is a little more difficult to come by, considering the brand launched in late 2015. But, Wiesehan says, “It’s growing the category again, so retailers are very excited.”

While such data points are limited, Herzog encourages c-stores not to close the door on vaping innovation despite obvious setbacks over the past 18 months.

“This is the future,” she says. “Category managers should keep some space for these new products—and I think many are.”

It’s a method Bettencourt readily employs at VERC locations: “We’re not a vape shop, but we try some products and see what our customers like.”

And despite some less-than-ideal prior experiences, she hopes manufacturers will continue to innovate and help retailers by offering promotions and advertising new products to drive excitement and trial.

“They have to keep coming out with new things,” Bettencourt says. “It’s kind of like the smartphone: The iPhone 1 was nice, but can you do something more?”

Only time will tell if vaping innovation will reverse the deceleration of e-cig sales. Bettencourt, for one, is not giving up hope.

“Innovation is huge,” she says. “It’s going to be the category’s success or its failure.”