When it comes to coffee, innovation is a constant refrain: how to keep customers coming in, and how to keep the offer fresh and buzzworthy. In the convenience segment, two trends stand out: cold-brew and nitrogen-infused coffee. 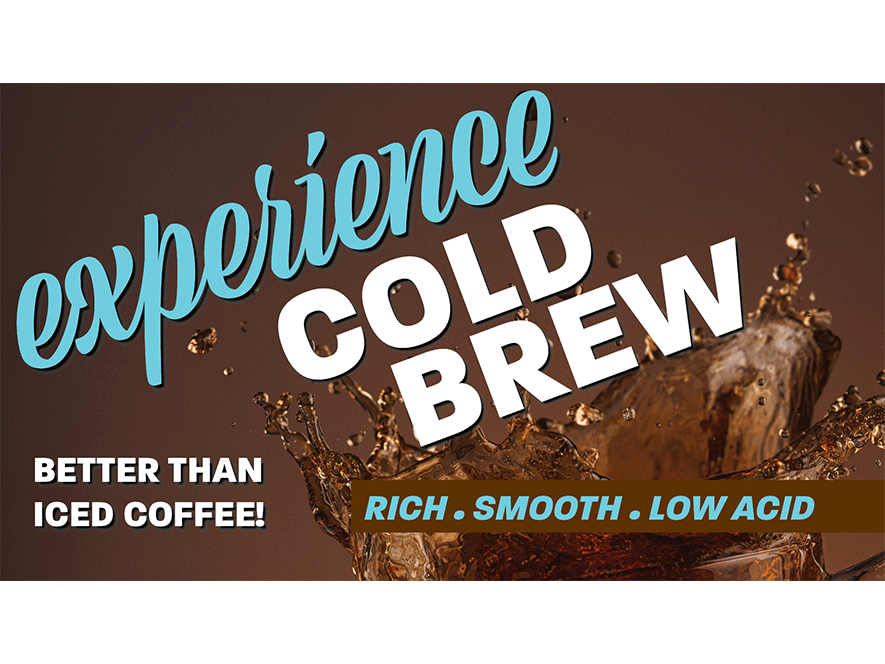 Cold-brew coffee is made by steeping grounds in cold water, which strips away the bitterness and acidity of regular coffee, leaving a softer—yet still rich—flavor profile. To make nitro coffee, nitrogen gas is pumped into brewed coffee, resulting in a smooth and creamy mouth feel that is reminiscent in appearance and texture to a Guinness beer.

While nitro coffee is more common in independent coffeehouses than convenience stores for now, its potential in this channel is undeniable.

Cold-brew coffee, meanwhile, is already penetrating mainstream menus. Coffee cafe chains such as Dunkin’ Donuts, Peets Coffee & Tea, The Coffee Bean & Tea Leaf and Starbucks (which also offers nitro cold brew) are all promoting their own versions. Not to be outdone, c-stores such as Kum & Go, Kwik Trip, Rutter’s Farm Stores, Wawa and Sheetz have also rolled out cold-brew coffee in traditional and customizable flavors.

The product is new to most consumers. Most c-store foodservice consumers surveyed by Technomic said they don’t know much about cold-brew or nitro coffee (See sidebar below). While they may have heard of the terms and have seen restaurants marketing these drinks, they aren’t sure what sets these coffee beverages apart from standard iced coffee.

Awareness of cold-brew and nitro coffee may vary by region. Technomic data regularly finds that familiarity with up-and-coming coffee trends incubates in the Eastern and Western regions of the country first.

“Our customers were ready for cold brew,” says Chuck Moyer, foodservice category supervisor for York, Pa.-based Rutter’s Farm Stores, which has 68 stores in Pennsylvania. “Once we were ready to go, we just had to get the word out.”

In addition to pushing its new cold-brew offering in May 2017 on its social-media pages, Rutter’s used a blog on its company website to outline the benefits of cold brew on two fronts: less acidity and healthfulness. The retailer shared data that revealed that cold brew is 65% less acidic than regular brewed coffee, and that 80% of coffee consumers add dairy and sweeteners to coffee to specifically mask acidity and bitterness.

Rutter’s boasts customers’ ability to create their own cold-brew flavor with two milk offerings, 10 flavored syrups (including a seasonal and three sugar-free/zero-calorie options), three chocolate and caramel sauces and a whipped-cream topping. It also underscores the fact that cold brew’s less pronounced flavor profile can help diet-conscious guests scale back on higher-calorie additives when they drink coffee.

On the other hand, some retailers find that while the customer is ready for cold brew, the in-store staff needs a primer. Rutter’s conducted customer intercepts at stores earlier this year, asking visitors if they had heard of cold-brew coffee and, if so, how likely they were to purchase it if Rutter’s offered it.

“More than 75% of our customers were aware of cold brew, which meant we were not going to have to educate as many customers as we initially thought,” said Moyer. “But we still felt it was very important that our store team was educated on cold brew. This would ensure proper communication and hopefully product trial to the remaining customers who might still be new to cold brew.” To that end, Rutter’s kept it simple in its approach to help staff and customers understand cold brew’s point of differentiation: Prepare with water at room temperature or below to result in a less bitter brew.

Meanwhile, Bunn’s new, two-head Nitron Cold Draft Countertop dispenser serves both nitro and cold-brew coffee but eliminates the question of how to manage labor and space for kegs. It has an inline infuser and a slim, 10-inch-wide countertop design.

“One head serves still black cold coffee and the other side serves nitro coffee,” says Scott Mazzini, senior vice president of product strategy for Bunn, Springfield, Ill. Bunn developed an exclusive inline gas infuser for the nitro coffees that produces up to three minutes of cascading micro-bubbles, which results in a smooth, silky head and a creamy, velvety mouth feel, according to the company.

Another upside to getting started on products such as nitro coffee and cold brew are their premium positioning and potential to boost the quality perception of a retailer’s hot-dispensed program among loyal customers.

“Cold brew takes this category segment to a whole new level,” says Moyer of Rutter’s. “There are always new beverage fads that are here one minute and gone the next; however, much like iced coffee years ago, I believe cold brew is here to stay. When you have a product that continues to grow in demand—and generates great margin—including it in your offering should be a no-brainer for retailers.”

Amount of c-store foodservice consumers who say that they aren't knowledgeable about cold-brew coffee, but they want to learn more about it and give it a try

According to recent data from Technomic’s Consumer Brand Metrics, powered by Ignite, there’s a prime opportunity for c-stores to capture more share of the cold-brew craze from quick-service restaurant and coffee chains. Among consumers who visit c-stores frequently for foodservice, curiosity about cold brew is heightening, even among those who aren’t exactly sure what it is. Despite lukewarm demand in some regional markets, space constraints for the necessary equipment and the extra time and labor involved at the store level, the general appeal of cold-brew coffee is strong. The c-store customer is sending a message: Educate me about what makes this coffee different, and you’ll get me into the store to buy it. Retailers who creatively talk about cold brew’s point of differentiation are in an advantageous position to drive familiarity while capitalizing on a beverage trend with real traction.