It was only a year ago. Attention at the 2014 NATO Show centered on the long-awaited proposed deeming regulations from the U.S. Food and Drug Administration (FDA). When would the announcement come? Would flavors, advertising, Internet sales and/or open systems be banned? Would these regulations give birth to a new era of potentially reduced- harm tobacco products or, many feared, stop a burgeoning e-vapor industry in its tracks? 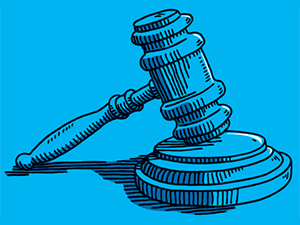 In an unprecedented move, many manufacturers threw their support behind some kind of federal regulations, arguing that FDA involvement would bring legitimacy to electronic cigarettes and vaping products, weed out less responsible players and give the industry clarity on what the regulated environment will look like.

“Electronic cigarettes deserve FDA scrutiny,” said Murray S. Kessler, chairman, president and CEO of Greensboro, N.C.- based Lorillard Inc., at last year’s NATO Show. A “scientific intervention” from the FDA was needed to help curb the extreme regulations being proposed at the local level, he said.

At first, the industry celebrated. Besides shedding some light on what regulations might be passed, the proposed deeming regulations were praised for what they didn’t include: flavors, open systems, advertising or even self-service.

However, it may have been premature to pop the Champagne. Though relatively tame on the surface, these regulations are anything but beneficial for e-vapor and other newly deemed products, industry groups contend.

“A full review, in the context of background knowledge and institutional analysis, reveals that the proposed regulation is inappropriate, ill-founded and potentially devastating for consumers,” the Consumer Advocates for Smoke-free Alternatives Association (CASAA) said after the deeming regs were first announced.

The issue at hand is the pre-market tobacco applications (PMTA) requirement, which would force manufacturers to submit a costly and time-consuming application for every e-vapor, cigar, pipe or other newly deemed product they produce. So onerous is the process that not one PMTA application has been submitted since the 2009 Tobacco Control Act went into effect, prompting a vaping advocate to castigate the procedure, saying, “It will effectively ban 99.9% of vapor products.”

Is the situation that dire—and, if so, is there any hope for less cumbersome new product pathways? And, perhaps most important, what does this deeming dilemma mean for retailers?

PMTA is just one new product pathway established when the FDA took over regulating tobacco products in 2009. Per the Tobacco Control Act, products that were not commercially marketed on or before Feb. 15, 2007, can also apply for some form of substantial equivalence (SE) approval if they have the same characteristics of or do not qualify as more harmful to public health than a product on the market before that 2007 grandfather date.

It’s a process that’s considered to be less cumbersome than the new product pathway, as evidenced by more than 4,000 SE submissions (vs. no PMTA submissions).

The problem is, under the FDA’s proposed deeming regulations, very few—if any—e-vapor products would qualify as substantially equivalent to products on the market in 2007.

“Virtually every single vaping product will require a PMTA,” says Gregory Conley, president of the American Vaping Association (AVA). “The bare minimum cost of that application is $1 million to $1.5 million; others believe it will be $5 million to $10 million-plus because the FDA will do everything in their power to stop, for example, most flavored products from remaining on the market.”

That’s not $1 million to $1.5 million and 5,000 hours per company, but per product. Theoretically, manufacturers will have to submit an individual PMTA for every flavor and strength of e-liquids they produce.

Companies will have two years after the deeming regulations go into effect to submit a PMTA, but Conley calls the two-year window “a delay in execution.”

Beyond the question of whether manufacturers are prepared to meet the PMTA requirements is the very valid question of whether the FDA is prepared to review what stands to be an avalanche of PMTA applications. When the agency released the proposed deeming regulations, it estimated just 27 PMTAs will be filed: one cigar, one pipe tobacco and 25 electronic-cigarette applications.

These lowball estimates are concerning given the FDA’s subpar track record with the less-complex SE applications. Of all the SE applications filed, the agency has ruled on less than 3%, leaving more than 4,000 still pending. This is despite the fact that the Government Accountability Office (GAO) has twice issued reports instructing the FDA to speed up its SE review process.

“Given the snail’s pace at which the FDA has processed cigarette substantial-equivalence determinations, [the PMTA requirement] could result in a literal quagmire of pending applications for the more than 250 brands of e-cigarettes currently on the market,” said Michael Siegel, a professor of Community Health Sciences at the Boston University School of Public Health, on his Tobacco Analyses blog.

CONTINUED: The Cost of Compliance

The Cost of Compliance

If the deeming regulations go into effect as written, many fear compliance will be too costly for any independent manufacturers.

“As proposed, the FDA’s regulation would [destroy] nearly every single small and medium-sized business in this market,” Conley says. “Thousands of businesses would close overnight.”

Or they may consolidate. “The FDA is definitely going to create barriers to entry in this category,” says Modi, likening it to the consolidation that happened in the auto industry. “I’m expecting a big consolidation wave. Smaller manufacturers will have to merge; some will cease to be in operation.”

David Bishop, managing partner of Barrington, Ill.-based sales and marketing firm Balvor LLC, recently reported on 14 c-store retailers who offered e-vapor products from 36 manufacturers. If PMTAs were required, Bishop speculates that those retailers would have only one-sixth as many manufacturers to choose from.

“The implication for the retailers is we would see a very quick consolidation, limiting the number of manufacturers they could carry products from,” Bishop says.

There’s another fear, Bishop says: “PMTA would essentially shut down product innovation. It would be very challenging to innovate because there’s no basis by which [the FDA] could evaluate new products.”

With virtually no vaping products in existence before the 2007 SE grandfather date—something the FDA’s own internal analysis acknowledges—manufacturers would have to go through the PMTA process for every product improvement. It may not be intentional, but the requirement effectively penalizes innovation.

“The (PMTA) provision is going to present a huge obstacle to innovation in this category,” Siegel wrote. “The newer products tend to be safer and more effective, so it makes no sense to allow the older products to remain on the market while requiring preapproval for the newer and better products.”

Though most of these concerns have focused on electronic cigarettes and vaping devices (which almost certainly fail to qualify for SE approval given the newness of the segment), Briant says it could also be problematic for cigars and pipe tobacco.

“The constant variation in the cigar tobacco used to make premium cigars, the changes in pipe tobacco blends, will require numerous premarket applications to be filed,” he says. “The time to fully comply with all of the requirements and the cost involved will be a deterrent to developing new tobacco products.”

Moving the grandfather date would represent a meaningful change, because every product currently on the market would qualify for SE status.

But can the FDA change that February 2007 grandfather date, which is written into  the Tobacco Control Act and set by Congress?

The agency’s own internal analysis acknowledges it’s one option to consider. Briant says the legal theory of equity (referenced in Boehner’s letter) opens the door for this pathway.

“From an equitable and fairness point of view, newer tobacco products should be given the same or similar treatment cigarettes, roll-your-own tobacco and smokeless tobacco products were provided when the Tobacco Control Act took effect in June of 2009,” Briant says.

Substantial equivalence is not without its problems, as evidenced by critiques from the Government Accountability Office. An April 2014 report titled “FDA Spending and New Product Review Time Frames” found that the Center for Tobacco Products (CTP) had made final decisions for only 30 of the 4,490 SE submissions as of Dec. 31, 2013. “GAO also found that CTP has not had performance measures that include time frames for making final decisions on SE submissions by which to assess its progress,” the report reads.

Perhaps as a result, the SE process seemingly sped up in 2014: By the end of the year, the FDA had ruled on more than 100 pending applications.

It’s not just a matter of progress, but also priority. And the way the FDA has spent the $1.8 billion manufacturer user fees collected suggests product application reviews might not be a priority. From 2010 to 2014, the FDA put just $25 million toward the substantial-equivalence review process, compared to $506 million toward TV commercials. (See chart on p. 13.)

“Tobacco industry stakeholders expressed concerns about whether CTP will have a sufficient number of qualified staff to review the backlog of new tobacco product submissions,” the GAO reported, “and also review new submissions that may be made in the future, particularly if FDA asserts jurisdiction over new types of tobacco products.”

And, Briant says, “Given the importance of the SE application process and the long-term ability of manufacturers to keep their products on the market, the FDA should consider earmarking more funds to the SE review process.”

What do all of these legal machinations and uncertainties mean to retailers?

For one, retailers now have an idea of what a fully regulated environment will look like. We know that the FDA will not ban e-cigs as unapproved medical devices. We also know the April 2014 deeming announcement was just the first step. The FDA still has to consider and respond to the hundreds of thousands of public comments submitted, a response Modi predicts will come in mid-2015.

“We’ll start to get more clarity on how we should be thinking about the e-cig category around that time,” he says.

Though consolidation of companies and fewer products on the market are a likely outcome of the deeming regulations as they’re currently written, that’s not necessarily a bad thing for retailers leery of today’s “wild West” e-vapor  environment.

“I continue to be bombarded with requests from numerous vaping manufacturers claiming to have the newest and best products,” says Steve Monaco, director of category management for Rockland, Mass.-based Tedeschi Food Shops. “A majority of these companies have no marketing program or representatives to support their products. I am in favor of the FDA’s premarket tobacco application requirement based on the fact that the major players have already been identified.”

Briant, however, suspects that, if concerns around the PMTA process are not addressed, the consequences could be serious for retailers.

“The end result of the premarket tobacco application process will be the significant negative impact on family-owned retail stores that will no longer be able to provide the tobacco products that their adult customers request,” he says. “This loss of sales will cause a financial hardship for many retailers, which could lead to job loss and even retail store closures.”

With the public commenting period on deeming closed and no concrete time frame for when the FDA will release its response to these comments, there’s unfortunately little retailers can do in the present. Other than, as Modi puts it, “prepare for the black swan”—the outcome that could devastate the category.

“If you’re prepared for that, you can be prepared for any scenario in between,” Modi says. “Because who knows? I could do all the research, but I’m still not sitting at the table with the FDA making these decisions.” 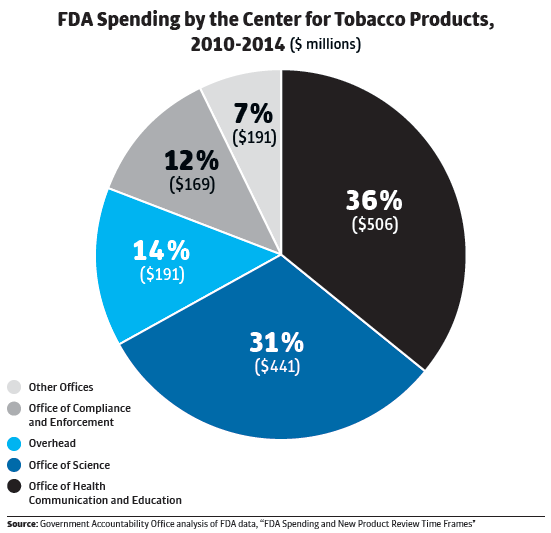