Six thousand: That’s the number of leaks of petroleum and hazardous substances from underground storage tank (UST) systems that regulators found in 2013. They also highlighted an area where existing UST regulation fell short, likely causing many of these leaks. 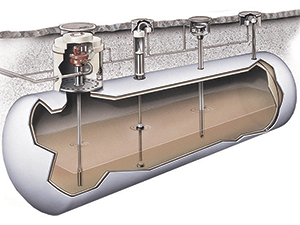 To address this, the EPA developed a 2015 update to UST regulations. In crafting the new requirements, the agency discussed its proposed regulations with those who would be directly affected: groups representing UST owners/operators such as NACS, SIGMA and PMAA, manufacturers, distributors and service providers. Based on interviews with many of these players, the consensus is the EPA took their suggestions seriously in shaping the final regulations, which introduce everything from new equipment requirements to mandated inspections and operator training.

In particular, observers say the regulations bring greater consistency to enforcement—for example, UST owners/operators in what the EPA refers to as “Indian country” who were exempt from the 1988 rule must now comply. And the regulations’ financial impact will mostly be manageable. As Eva Rigamonti, associate with Steptoe & Johnson LLP, Washington, D.C., who advises SIGMA on regulatory issues, explains, this is not a “retrofit regulation.” For the most part, UST owner/operators will be required to make upgrades only as equipment is replaced.

“That’s a really big deal for our folks in particular and across the fuel marketing industry,” says Rigamonti. “We want to encourage people to be investing in more environmentally sound and safe technology. Our guys generally, every time they rebuild, every time they renovate, are already moving in that direction.”

What follows is a highlight of some of the more notable changes to the UST regulations, ranging from those that go into effect immediately to those that have three-year implementation periods. A more complete list can be found at the EPA website (epa.gov/oust/fedlaws/regs2015-crosswalk.pdf). As interviewees point out, it’s the responsibility of UST owners/operators to learn about the various requirements and their timelines.

“You have to ... be an informed consumer and owner/operator,” says Jonathan Stong, global accounts manager for OPW Retail Fueling’s below-ground division in Smithfield, N.C. “And you have to take this tribal knowledge and convey it to your employee base, who’s doing this work for you. So it’s putting more ownership on the owner, and more financial responsibility.”

Owners must notify the implementing agency within 30 days of UST system ownership change.

Industry advocates had suggested the EPA extend the notifıcation window beyond 30 days, and that notifıcation should be allowed to come from the former or the new owner.

The resulting rule, however, sticks to the original 30-day proposed window and makes the new owner responsible for notifıcation.

UST owners/operators must notify the implementing agency at least 30 days prior to switching to a blend that is greater than 10% ethanol or 20% biodiesel.

In addition, owners/operators must demonstrate the UST system’s compatibility with these alternative fuels with written certifıcation from a nationally recognized, independent testing laboratory, the equipment manufacturer or another source indicated by the compliance agency.

Timothy Columbus, partner with Steptoe & Johnson, says this new rule acts as both a “sword and a shield” for UST owners/operators who store alternative fuels in their USTs.

“As long as you are compliant with EPA’s compatibility standards, that will be a shield for us,” he says. “The sword is, if you can’t comply, you’re now exposed.”

This rule, which used to cover only USTs containing hazardous substances, now stipulates that all new or replaced USTs and piping must include secondary containment—in the form of a double-walled tank or liner—and interstitial monitoring. EPA’s defınition of “replaced” piping: when 50% or more of the piping is removed and other piping installed in its place.

Internal linings are no longer suffıcient as the sole method of corrosion protection.

Under the 2015 rule, USTs with failed linings must be closed permanently. There is no longer an option to upgrade the lining and extend its life.

“For operators with older equipment—lined tanks or flow detectors in vent lines—they should be proactively looking at systems and looking at how they will comply because that could be impactful,” says Kent Reid, vice president of strategic development for Veeder-Root, Simsbury, Conn.

“Now is the time to switch out the old single-wall tanks,” says Dinkins. “Otherwise, most of the end users wait until the last minute to upgrade, and there are not enough contractors to do all that needs to be done, or the price to do the job goes way up because of the demand.”

One of the biggest changes to the federal UST regulations is the requirement of operator training, which was already part of many states’ regulatory framework.

“This is an equalizer, and we think that’s a good thing,” says Rigamonti of Steptoe & Johnson.

The fınal rule also makes what Rigamonti describes as a “minor but fairly substantial change” in its defınition of "operators.”

The proposal required that one type of operator had to be an employee, which could have been burdensome for small-business fuel marketers that use contractors.

“The fınal rule simplifıed the operator training requirements and gave a little bit more flexibility, which potentially will be lot easier for small businesses to comply with,” she says.

They should also be aware that they will need to document these inspections, says Reid of Veeder-Root. “That’s where the risk will come—in not being able to prove that the actions happened, the risk of fınes or shut-down time if they’re not able to prove they are in compliance,” he says. If a UST owner/operator doesn’t have internal record-keeping ability, it should seek it from a vendor.

“It’s about ... paying attention [and] taking advantage of the phase-in time period to make sure they are ready to  comply," Reid says. 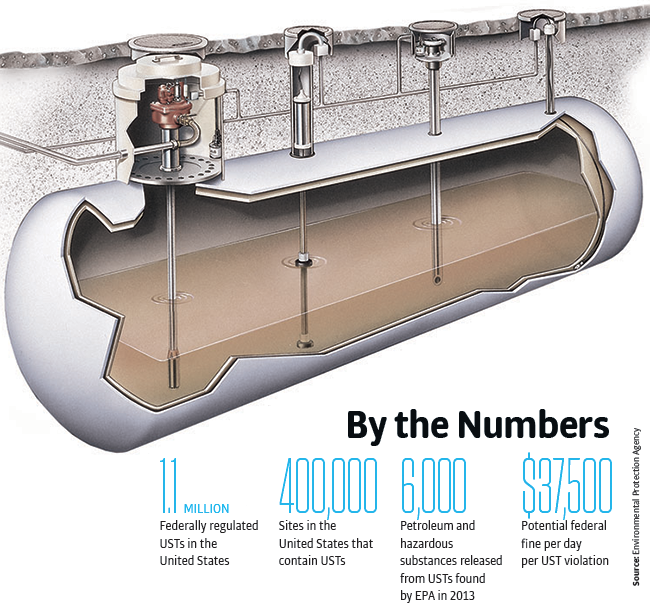