Consolidation in the e-vapor space is nothing new. Consider the 2012 acquisition of blu eCigs by Lorillard Inc.; the 2013 partnership between VMR Products LLC and National Tobacco Co.; the 2014 acquisition of Green Smoke Inc. by Altria Group Inc. … The list goes on and on. 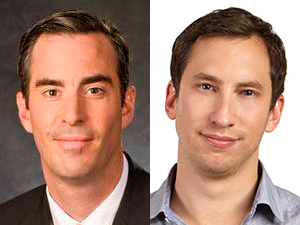 And it’s no surprise. With 200 to 300 manufacturers marketing e-vapor products in the United States, Big Tobacco investing its treasure trove of resources hoping for e-cig domination and the onerous cost of potential U.S. Food and Drug Administration (FDA) regulations, consolidation is an inevitable conclusion.

This summer’s historic purchase of Lorillard by Reynolds American Inc., Winston-Salem, N.C., only further highlights the need for small- to medium-sized players to prepare for a very expensive future.

In exclusive interviews with CSP, the heads of these companies share their views on consolidation, industry challenges and how their respective moves have set Logic and PAX up to succeed in 2016 and beyond.

Merging with an International Player

“With electronic cigarettes, you constantly have to come out with new products, constantly be really reactive to all these different factors. International companies, by necessity, have to run that way.”

“A company like JT has demonstrated the flexibility to take big brands and customize them to unique markets and different consumer bases. That flexibility and agility is particularly applicable to electronic cigarettes because the consumer’s moving so quickly.”

What Retailers Should Know

“It’s great to have the partnership and I look forward to working with JT. The Logic people aren’t changing and, most important, the trade-centric approach isn’t changing. What retailers should know is that this partnership will allow us to expand quicker, develop new products faster, have more people assisting them and allowing Logic as a whole to maximize its potential.”

CEO and co-founder of PAX Labs

Operating as an Independent Tech Company

“That’s our competitive advantage; that’s what we do. Our bet is that, in order to become the best tobacco company, it’s an innovation arms race.”

“Implementing regulations and Big Tobacco’s entrance into the category are really good things for everyone [in the industry]. If Big Tobacco is investing in technology, it further evolves the landscape of the category.”

“The FDA deeming regulations are, in general, a really positive step. Quality-control standards in the industry, in particular, we support as long as those regulations are applied fairly and evenly across the board.”

“I don’t think you should take the [funds] raised as a definitive guide that we will absolutely remain completely independent. The raise really just gives us the ability to enact our vision in a way we best see fit.”

“It’s definitely our goal to keep the PAX team in place. What we’ve built here is by far the most well-informed team in vaporization technology. We have some valuable assets in PAX and JUUL, but this is not a short-term game. Innovation is an ever-evolving thing. You need a whip-smart team with a lot of education and research to continue that trajectory.”

PAX Stays Ahead of the Curve