With the Super Bowl behind us, baseball still weeks away and hockey and basketball in neutral (aka regular season), it’s time to focus on everyone’s favorite sport: presidential elections. 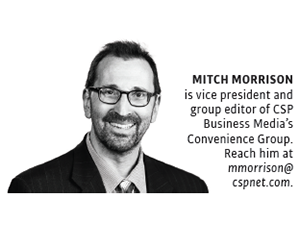 With Democrats almost certain to crown Hillary as Obama’s heir (apologies to you Elizabeth Warrenites), my interest is in the GOP: Who’s taking up space, who’s under the radar and who’s going to win? Here are my early Vegas odds.

Yes, my beloved governor of New Jersey, Chris Christie, makes a “Sopranos” ­first impression. Burly, bodacious and bursting with cheesecake charisma, Christie presents himself as Capt. Cleanup, the ultimate superhero who will storm D.C. and slice into do-nothing Beltway politicians.

If only. Christie’s bristling nature and temper are off-putting. His best attribute—that blue-collar toughness—has been stripped after reports of his high-end travel perks from billionaire friends. Oh, and did I mention Bridgegate?

I love listening to Rand Paul talk. He’s smoother than his dad and is among the few who will appear on Fox News, CNN and MSNBC. He’s refreshingly unabashed without the high heat of Christie.

But his base—the hard-core Libertarian fringe—is limited. Paul will win the pro-marijuana and anti-government crowd, but few will tolerate his wrongheaded, non-interventionist global views in an era of ISIS, Boko Haram and Iran’s nuclear intentions. His hands-off attitude could accelerate the rise of radical Islamists governing countries of American political interest. And many of his domestic inclinations would have little support. It’s great to have Paul in the Senate as a contrarian. Let’s keep him there.

The dynamic senator from Florida has the right demographics and is photogenic and quick on his feet. At 43, Rubio has time on his side, and his potential is enormous. He’s just not ready. Not because of age, but lack of conviction. One moment he’s for immigration reform, the next he’s against it. He’s for our efforts in Syria, then against, then for. What I admired about President George W. Bush was his clarity of conviction and values. I didn’t always agree, but I never questioned his sincerity. The same cannot be said about Rubio.

If I were a football scout, I’d say Jeb has all the tools: He’s multi-lingual, a centrist conservative, worldly with oodles of funds. Yet something is missing. His misstatements on the digital world bespeak a generation gap. His time was two decades ago; he will struggle to attract Gen Xers and millennials. And I wonder if he may just be a better version of Mitt Romney. Yes, his family support will yield a fool’s ransom. Money won’t be the problem—appeal and relevance will.

If only the rest of Perry were as strong. Much like former Massachusetts Gov. Mike Dukakis in the ’80s, Perry bene­fited from an economy that favored Texas. He certainly was effective, but toward the end, Perry began losing support in his own party and lacked footing on the national stage. Not a bad candidate, but he won’t be the nominee.

The unions tried to overthrow him, then worked to beat him in a straight-up election. But both times Scott Walker not only prevailed but also seemed to grow stronger. He has time to get his message across and, unlike Christie, Walker has taken critical steps to improve his state’s economy and reduce unemployment.

My concern is his duck-and-weave mannerism over petty items. When asked during a recent Q&A if he believes in evolution, Walker replied, “That’s a question a politician shouldn’t be involved in one way or the other.” Really, Scott? The questions will get much tougher in The White House.

The Ohio governor is a thoughtful conservative who, like Walker, has helped transform his state’s financial challenges, reduced unemployment and is tackling poverty.

Kasich’s Christian values guide him over trends and catchy buzzwords. He is not an absolutist; he has supported raising  certain “sin” taxes for social programs, but he does so with an impressive balance of fiscal responsibility and not turning the other cheek.

My reservation is his relative lack of public theater. Yet on a stage of Pauls, Christies and Jebs, it is this tempered man from a critical swing state who will ultimately debate Hillary Clinton to be our next president.