Two years ago, Sam Susser filed for an initial public offering before the U.S. Securities and Exchange Commission (SEC). He proposed splitting his family business’ fuel marketing and convenience operations. It wasn’t that one was failing or the other was far exceeding expectations. Rather, a tax-friendly vehicle hatched in the early ’80s that was particularly appealing to midstream energy concerns was swimming downstream. Susser was the first family-run convenience chain to embrace a master limited partnership (MLP). 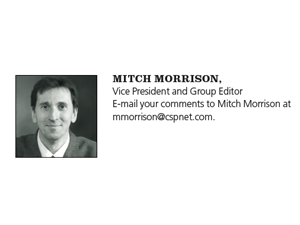 The windfall was instant. Susser Holdings and its MLP-run Susser Petroleum went from being worth roughly $245 million to more than $500 million because of the tax incentives, MLP analyst Philip Trinder told CSP last year. Susser was uber-liquid, flush with capital and positioned for extraordinary growth.

A short hop from Susser’s Corpus Christi headquarters was a Dallas-based energy group that until two years ago was nearly anonymous within convenience. Few had heard of Energy Transfer Partners and even now would be hard-pressed to name its CEO. Yet, in 2012, it pulled off an extraordinary coup when it acquired Philadelphia-based Sunoco, including its coveted pipeline operations and retail network. Conventional wisdom said ETP had little interest in the retail segment, that it was an accessory soon to be divested.

That wisdom was wrong. When ETP announced its $1.8-billion acquisition of Susser last month, it was merely the latest in a resounding story about a financially savvy industry outsider quietly becoming one of the most aggressive downstream companies in the United States.

What does the deal mean? For Sam Susser, it is a signature of what he has built. He took a successful local, family business and in less than a decade transformed it into a Southwest powerhouse, prodigious enough to grow and attractive enough to be acquired. He played to the strengths of Wall Street, and now he and his executive team will guide one of the largest U.S. convenience retail portfolios.

There is another part of this story that merits serious attention. As ETP builds its new infrastructure and plots its next acquisitions—see Angel Abcede’s story on p. 46—we must recognize a critical change in the face of our industry.

MLPs are the new kids on our block and increasingly occupying greater space on the local playground. Led by ETP, this tax-favored format features other M&A players such as Lehigh Gas Partners, Western Refining and Global Partners. These companies are not like homegrown M&A stalwarts. Whereas Couche-Tard and 7-Eleven are behemoths invested long term in the c-store channel, similar commitment cannot be ascribed to these MLPs. For them, profits and tax incentives, most notably zero corporate tax, are found on the fuel side. And for good reason.

Originally formed in 1981, MLPs took off in the oil world six years later when Congress granted an exemption for public MLPs to derive income from natural-resource businesses to promote further development of these resources. The exemption aimed to spur greater domestic independence from foreign oil through tax incentives that sought to drive investment in our nation’s energy production, processing, transportation and storage.

MLPs initially appealed to pipeline companies. More recently, refiners and fuel marketers have realized they could take advantage of the same incentives.

What does it mean for the retail side? While we expected these investment groups to spin off retail assets, such forecasts are no longer a given, though they still represent a probability. Following Western Refining’s acquisition of the general partnership interest of Northern Tier Energy, executives in February talked about combining and spinning off their c-store network, which includes SuperAmerica and Giant.

For sellers with downstream fuel assets, there is money to be made. While c-stores have generally been selling at a 5 or 6 multiple recently, deals fueled by MLPs have come at multiples of 7 to 10 times EBITDA.

One potential wrinkle: The IRS is looking into whether U.S. energy companies are exploiting the tax-friendly MLP structure— that these companies are spinning off a piece of a business (e.g., retail assets) and securing a special tax treatment.

There is speculation that ETP and other MLPs in the c-store game are moving aggressively now, fearful that the tax advantages they enjoy today will be gone tomorrow.