Signage: It’s what makes a retailer, well, a retailer and not just a storage space for goods. C-stores are filled with signage showing off their foodservice offers and special promotions. Now, the U.S. Food and 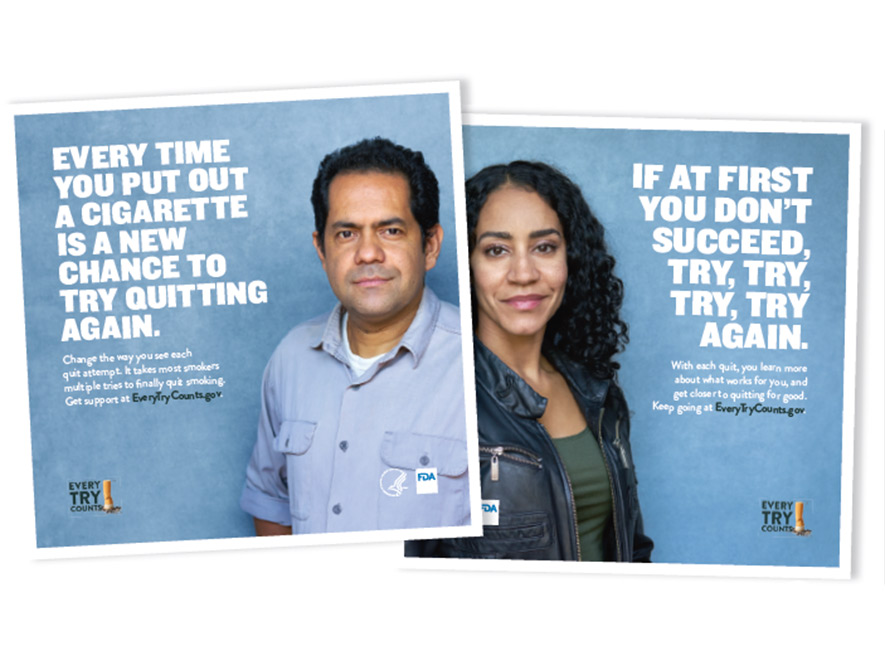 The FDA is not new to advertising. It has dedicated plenty of resources toward various media campaigns supporting the agency’s regulatory efforts in tobacco. But never before have c-stores played such a key role in their strategy.

It began in November 2017 with the launch of “This is Our Watch,” a retailer-facing campaign the FDA says “helps tobacco retailers better understand FDA tobacco regulations [and] the importance of compliance.”

Then came “Every Try Counts,” a consumer-facing smoking-cessation initiative in which ads are displayed at c-stores and other tobacco outlets. The campaign was set to launch in January 2018, at the time this story went to press.

The ad campaigns are just one chapter in the FDA’s busy activities of late, and as with all actions from the FDA, the details are myriad. Read on for the basics, next steps and retailer reactions to these c-store-centric initiatives.

Announced Dec. 12, 2017, the Every Try Counts campaign will display messages “in and around gas stations and convenience stores—retail locations where smokers face a multitude of triggers and that typically feature cigarette advertisements.”

And it will go beyond encouraging smokers to quit through supportive messages about the health benefits of not smoking. “The Every Try Counts campaign encourages smokers to rethink their next pack of cigarettes at the most critical of places: the point-of-sale,” FDA Commissioner Scott Gottlieb said in a release announcing the plan.

While the ads will be placed at convenience stores, the press release suggests they will not call out or target the channel. Instead, the FDA said the program—aimed at smokers ages 25 to 54 who have attempted to quit smoking in the past year but were unsuccessful—will “celebrate each quit attempt as a positive step toward success.”

To support the program, the agency has partnered with the National Institutes of Health’s National Cancer Institute to develop EveryTryCounts.gov, a website that provides resources and tools to aid in smoking cessation. The campaign is set to run for two years.

As part of the Dec. 12 announcement, the FDA provided details on the kinds of ads being developed to support Every Try Counts. Door clings and pumptopper signs were examples of what would be placed at c-stores. The campaign will also include print, digital, radio and billboards.

After the FDA announcement, retailers expressed concerns that, like compliance checks, the Every Try Counts signage would be mandatory. NATO addressed such fears in a NATO News Bulletin on Dec. 12.

“The FDA has confirmed that this campaign is strictly voluntary, which means that retailers are not required to display the advertisements being offered by the FDA,” wrote NATO Executive Director Tom Briant.

The Minneapolis-based organization cited a statement by the FDA in the Federal Register issued Oct. 27, 2017, in which the agency said it “intends to purchase advertising space from retailers on a voluntary basis and will not require retailers to participate in the campaign.”

“Each retailer will have the right to decide whether or not to participate in the advertising campaign,” Briant wrote, saying that NATO did not yet know the amount the FDA intends to pay retailers for ad placements.

Jim Calvin, president of the New York Association of Convenience Stores (NYACS), Albany, N.Y., described the campaign as “another overreach by the FDA” and said he understands why retailers would be hesitant to participate.

“This initiative curiously comes at the same time as the tobacco companies’ court-ordered ‘corrective statement’ advertising in a legal case that retail stores were not a party to,” he says. “Maybe you’re wary that by agreeing to voluntarily display these posters, you might unwittingly expose the entire c-store industry to eventually being required to display anti-tobacco messaging in the future.

“Or maybe you’re concerned that participating could force your clerks into awkward conversations with customers who comment at the counter on the mixed message between the quit-smoking poster and your cigarette display.”

On the other hand, Calvin acknowledged there are reasons retailers might choose to display the ads. Some retailers carry smoking-cessation products, which the ads support; others pride themselves on their level of community involvement and might want to support customers’ attempts to quit. Still, others could be “reluctant to tell an agency that’s doing undercover enforcement in your stores that you’re not going to cooperate.”

At the time this story was written, the FDA could not share which specific retailers had signed up for Every Try Counts. “Feedback from our media vendors suggests local convenience stores in the campaign’s markets will be receptive to participating,” a spokesperson for the agency told CSP.

CSP asked retailers: What would you say if the FDA’s ad agency said they’d pay you for pumptopper or point-of-sale placement of these ads at your stores? The respondents—all of which requested anonymity—varied in their feelings.

“Yes, I would put [up] the signs and fully cooperate with the FDA,” another says. “It’s not about the payment; I would do it for free. Frankly, no one cares. We have state-of-the-art video pump screen ads that 90% of (customers) don’t notice. We did a free car wash and free $5 gift card … and had five redemptions. No one reads the pump ads.”

This Is Our Watch

This Is Our Watch, meanwhile, is well underway. Launched in November, the program offers retailers a number of free resources designed using feedback from store owners and employees and aimed at supporting the enforcement of federal laws and regulations.

The materials were sent free of charge to retailers in November, with most resources available for download online. They include an instructional booklet providing retailers with directions on how to use program materials and train employees; posters and register signage to communicate policies around age-restricted tobacco products; and a retailer checklist for verifying the age of customers.

To further support age-verification efforts at retail, the FDA also launched an age-calculator app. The FDA Age Calculator app helps employees check if a customer is old enough to purchase tobacco by scanning their driver’s licenses. (The app does not store that information.)

“We created these resources bearing in mind that tobacco-product retailers vary—from convenience stores to grocery stores to specialty shops,” Zeller wrote in a blog post about This Is Our Watch. “These new resources are designed to be clear and direct in helping owners and employees adhere to federal requirements.”

As with Every Try Counts, participation in This Is Our Watch is voluntary: Retailers can opt to use the full program or use parts to supplement sales-training materials and practices currently in place.

Though not as contested as the notion of placing anti-smoking ads in and around c-stores, some retailers were quick to point out that the convenience industry has long employed its own programs to ensure compliance with state and federal laws.

“The FDA just asked your store to deploy This Is Our Watch posters and calendars,” says Calvin of NYACS. “Didn’t they realize that you’ve used nearly identical We Card signage and calendars for 20 years?”

The We Card program was developed in 1995 to assist retailers of tobacco and other age-restricted products and has been supported by trade associations, retailers, wholesalers and manufacturers. Unlike the FDA materials, which focus on the federal minimum purchase age of 18, We Card has materials available for states and cities that have raised the tobacco purchase age to 19 or 21.

Zeller acknowledged this issue while speaking at a NATO Regional Education Seminar on Aug. 23, 2017.

Even though there are other retail programs, he said, retailers have told the FDA that they want the agency to explain how businesses need to comply with federal tobacco regulations.

Whether through We Card or FDA programs such as This Is Our Watch, one thing is certain: The industry is doing an excellent job in complying with federal tobacco laws. Since the FDA first began conducting retail compliance checks in 2010, tobacco retailers have passed inspections more than 90% of the time.

“I applaud industry efforts on compliance,” Zeller said while speaking at the 2015 NACS Show. “Coming to events like this, it’s reassuring to see how seriously you take your responsibility to comply with the law.” 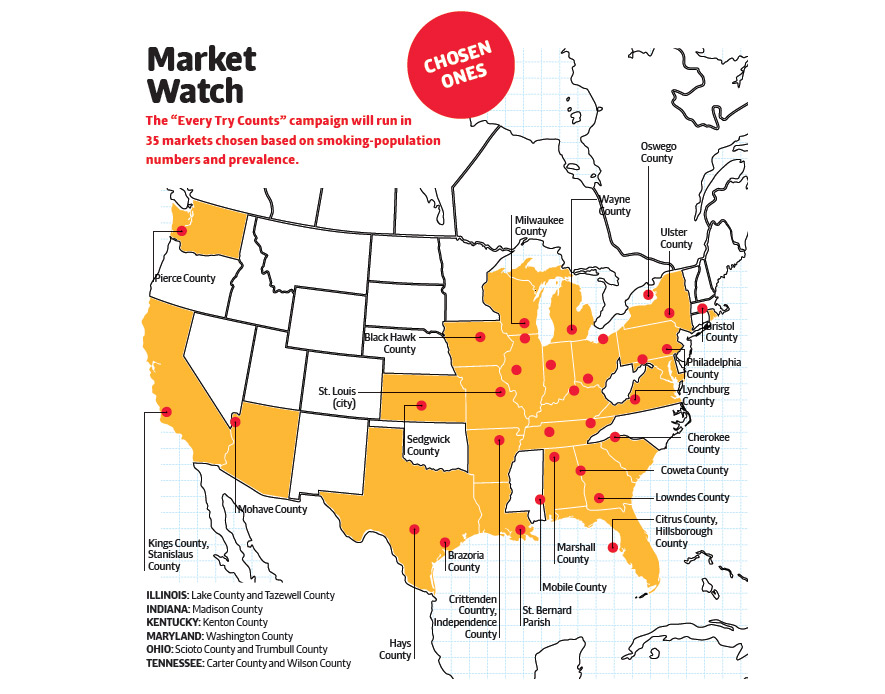